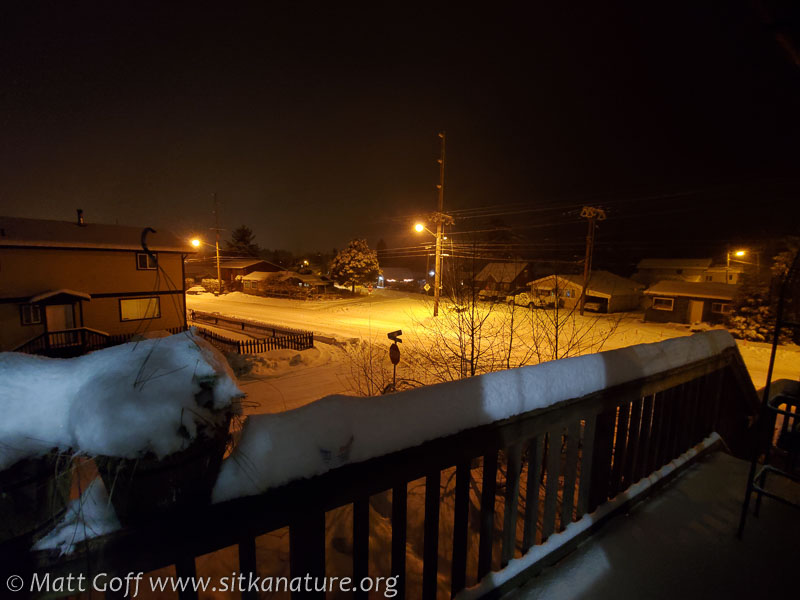 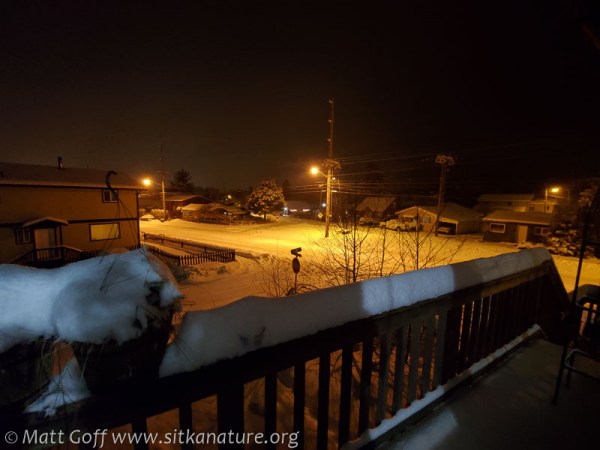 Snow had continued overnight, with perhaps 3 or 4 inches of additional accumulation.

I had a shift of MMO work this morning, and headed down a little after 9am. While I was there, not much additional snow fell.

A flock of Pine Siskins seemed particularly devoted to a hemlock tree near where I was stationed. Siskins often seem to keep moving, without spending too much time on any particular tree. This flock spent at least 10-15 minutes working the cones, before flying, and then they returned again a little later.

I checked out the flock a little more closely than I might have otherwise, hoping to find a redpoll. I didn’t have any luck with that, but later learned that Paul N. had seen a couple mixed in with siskins not far away on Etolin Street.

Around the time my shifted ended early in the afternoon, the snow started up again in earnest.

Connor had gone out on a boat trip to talk a bit about birds (it was for Mt. Edgecumbe Saturday school). He said most of the time they were out, visibility was pretty poor. He thought they part of the reason was they ended up travelling in the same direction at a similar speed to a snow shower.

I got my radio show ready this afternoon, then spent the evening at a gathering for Paul N.’s birthday (which isn’t actually for a couple of weeks).