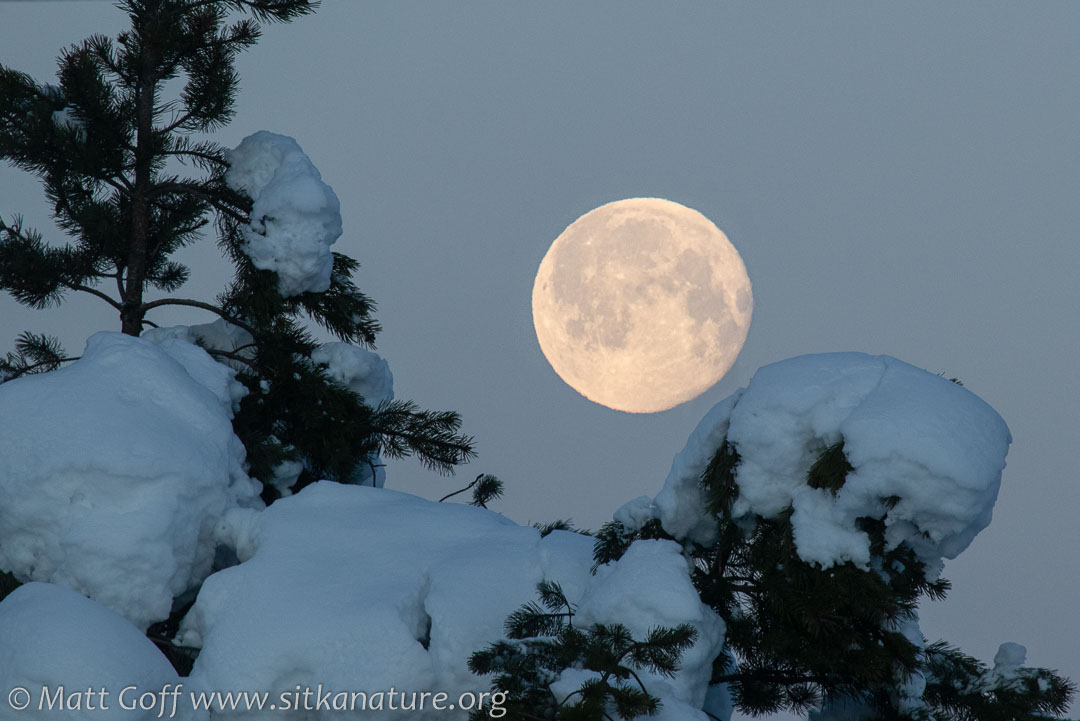 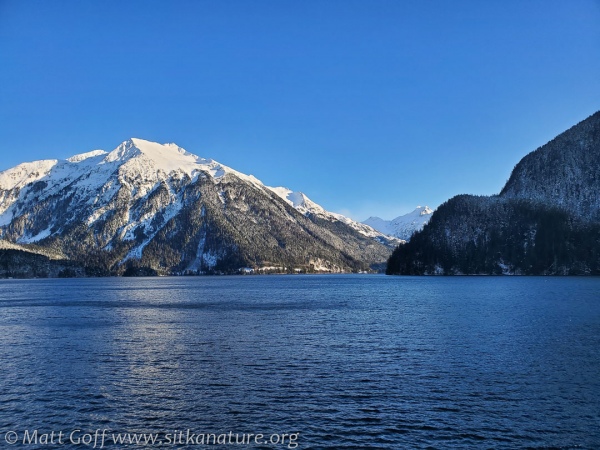 Temperatures held above forecast overnight, with the low only dropping to 18F according to the weather app on my phone. Tonight it’s already hit 16F briefly, but went back up to 18F, with a forecast low of 13F. The high temperature was listed as 19F (though that may not reflect official temperatures). Cold weather continues to be in the forecast through all of next week, with highs in the teens forecast for the latter half. That’s quite cold for here, so it will be interesting to see if the forecast holds up.

I took a few moments to appreciate (and photograph) the nearly full moon setting in the northwest when I got up this morning.

Midday I took a drive out to see Silver Bay, curious if there were any significant outflow winds. It has not seemed windy at the house, but in these conditions it’s not unusual for it to be windy out at Silver Bay with little evidence of it in the central part of town.

There were some whitecaps on the bay, not really much evidence of strong winds. A bit of snow blowing off the mountain peaks, and enough to stir some snow up off the buildings. I suspect had I been up on the mountain peaks, it would have felt windier than it looked from below.

So far I’ve been managing to keep the house adequately heated with a slow burn fire. It seems to be enough to keep the living room near the thermostat setting. Upstairs cooled off a bit this evening, after being a few degrees warmer thanks to the sun shining in. 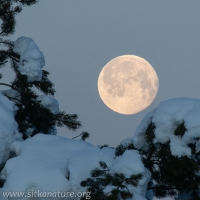 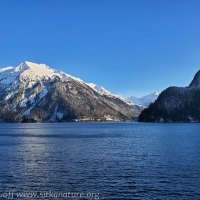 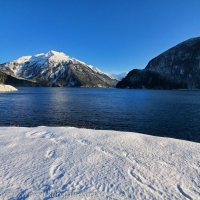