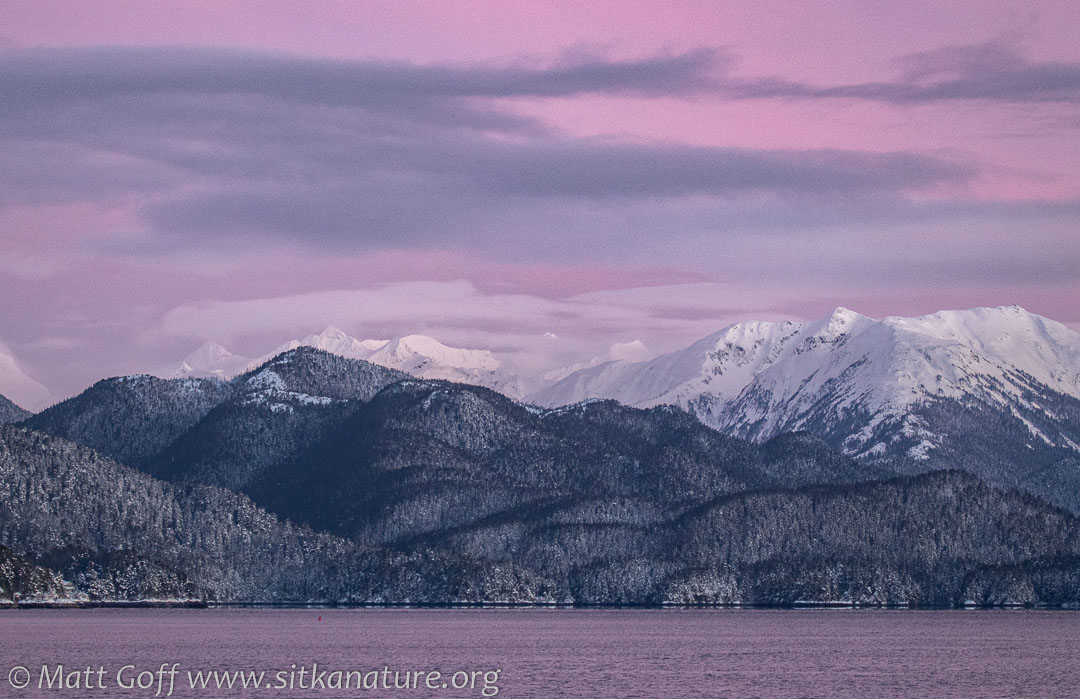 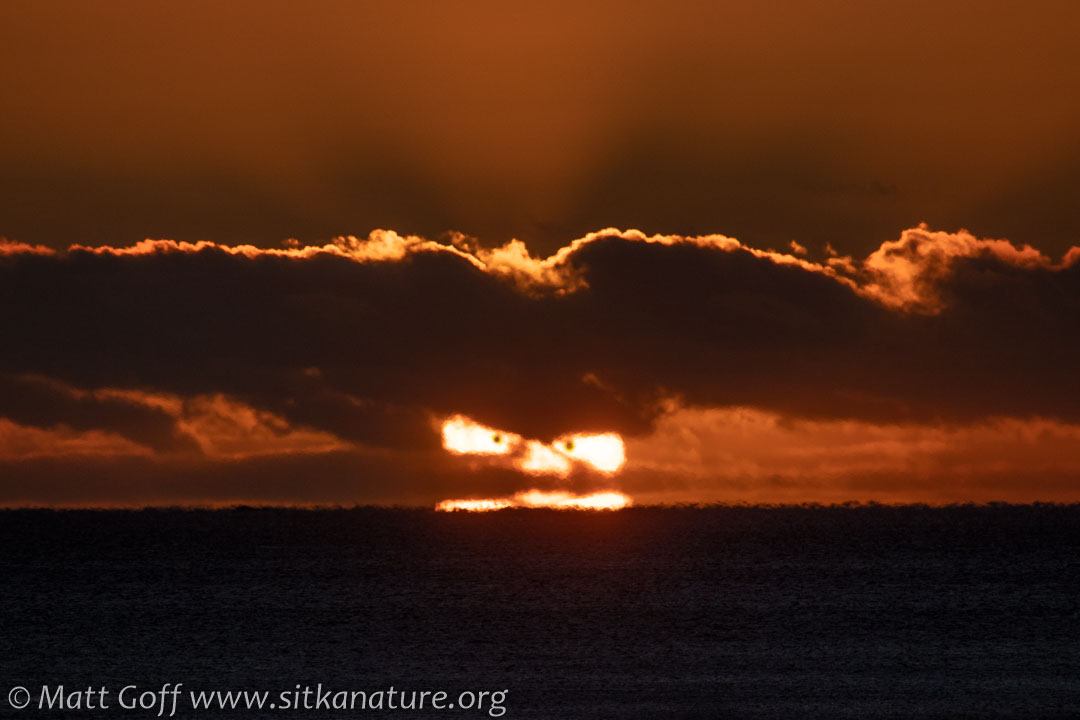 No significant snow fell last night, and I only saw a few flakes fall during the first half of the day. By early afternoon it was beginning to clear from the west.

The timing of the clearing was nice for catching a winter sunset with lavender and pink clouds behind the snow covered mountains. I really like experiencing the look and feel of these winter sunsets, though I have yet to find a photo composition that really compells me (the scenery around here is enough that even snapshots look pretty nice, but I feel like there’s a way to convey the feeling even more).

There were some clouds at the horizon, but they were broken, and I figured that a good green flash would probably still be visible. In the end, I got a small hint of green as the sun disappeared, but it seemed more apparent looking through the camera at the time than in photos.

Looking through my photos, I noticed a few shots of the sun shining through gaps in the clouds looked reminiscent of angry faces, so I amused myself by adding dark pupils to enhance the appearance.

A few minutes after the sun had set, I noticed three song birds flying over to Aleutski Island from near the bridge. They seemed no larger than robins – I had the impression of starling size. It’s possible they were thrushes, but I’m guessing they were flying out there to spend the night.

I was a little surprised to see juncos still feeding in the yard when I got home – usually they seem to have all moved through 20 minutes or more before sunset. Perhaps they were pushing daylight to get as much food as they could in preparation for the long cold night. Varied Thrushes were still there as it was getting darker even 5-10 minutes later.

I think the clouds cleared off earlier than forecast, so it will be interesting to see if the low drops below the forecast 16F before morning. As of 11:30pm it was 18F. This is cold enough I need a fire to supplement my heating, or the house will keep getting colder. With highs forecast to be no higher than 20F until next Friday (when it’s forecast to get up to 22F) we could go through a fair amount of wood this coming week. 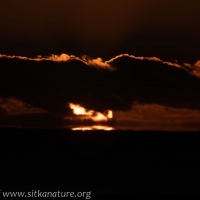 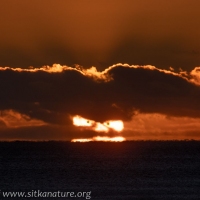 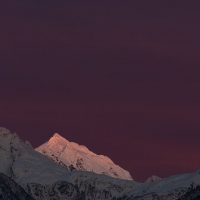 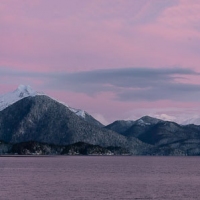 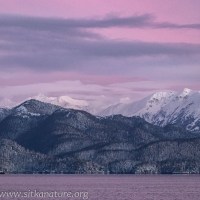