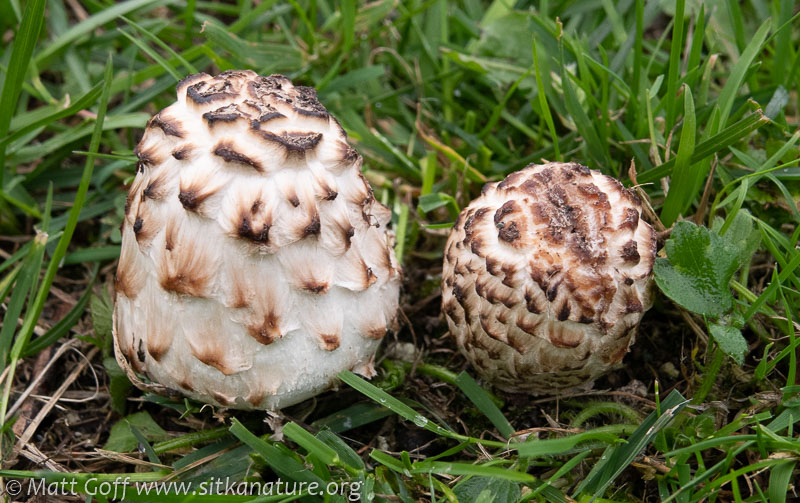 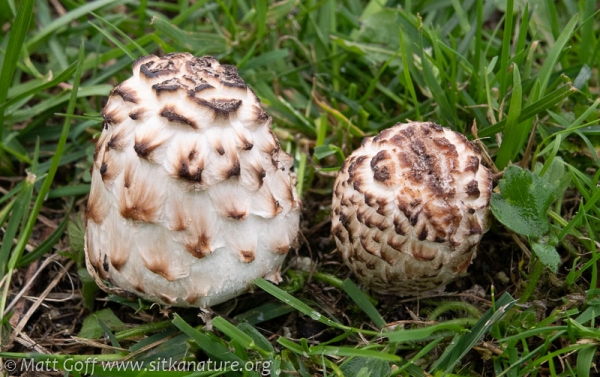 The mostly cloudy forecast turned into an overcast reality, with rain starting this afternoon. In some ways it’s a bit of a relief, as it will make it easier to focus on getting some inside work done rather than trying to take advantage of every warm, sunny moment, when it seems like each could be the last for months.

Connor mentioned he had seen a strange looking mushroom yesterday coming back from his paper route. When I saw the photos, it looked to me like a shaggy mane (Coprinus comatus). This is a species I had seen lots of pictures of, but never seen around Sitka. He said that some had already been kicked over, but there were a couple of intact clumps that he saw. I decided to take a quick trip out there between calls today, and was able to get photos. They’re really not much up out of the ground, and I would like to get pictures of them after they’ve had a chance to develop a bit more. I’m not really expecting much, but hopefully they’ll avoid getting kicked over for a couple of days (I’ll probably try to check, just in case it works out).

There was a talk this evening on marine hydrogeology. The speaker is a SiRF with the Sitka Sound Science Center, and I may try to record a conversation with her for a future radio show. 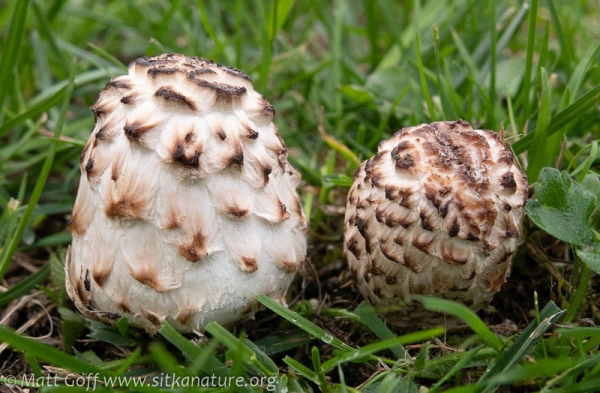