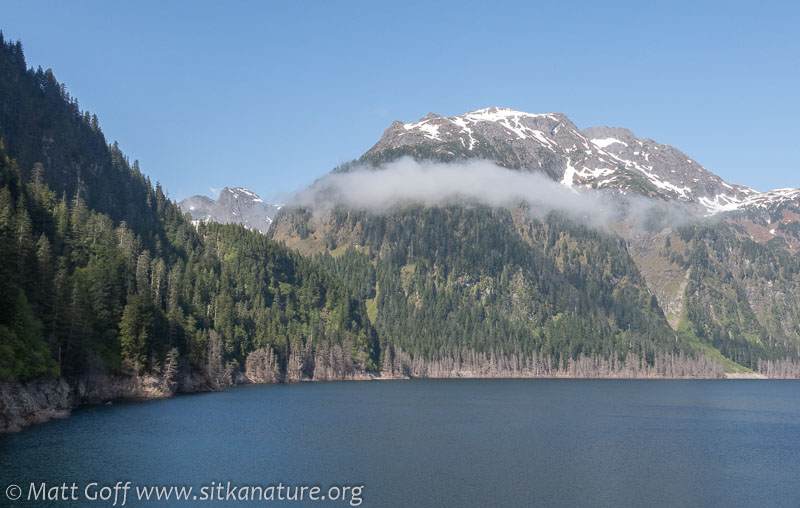 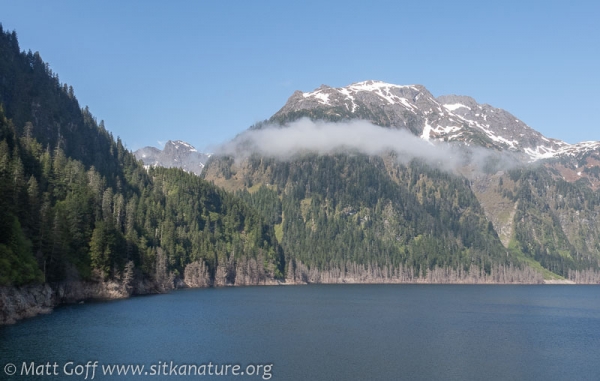 Despite a forecast for sunny conditions, a marine layer moved in over town, and it was a gray day for much of it.

I took Rowan out the road for a conditioning hike.

Coming around the road towards Thimbleberry Creek, I noticed there was some clearing on the slopes of Verstovia, and by the time we made it to Blue Lake road, I was seeing more blue sky.

We took a side trip and checked out the recently opened Blue Lake road, driving up to the dam overlook. Since I was last there almost a year ago, they’ve installed permanent fencing and set up some parking areas. It was sunny and fairly warm all along the road.

I decided we would check out what looked like a bit of a trail that led off from the Heart Lake trailhead.

Rowan led the way up what turned out to be an entry way to a network of deer trails. There was little evidence that other humans had been travelling these trails much, though we weren’t the first, as we did find a couple of old bits of flagging.

As we worked our way up, we discovered there are some steep ravines with waterfalls that converge – more than I would have guessed. At one point I thought there was maybe one ravine between us and the main cut (which we climbed up previously), but discovered there were at least two, and maybe three. The ravines were lined with cliffs, and I can see there could be real difficulties if a person accidentally ended up coming down into this section – especially if conditions were less than optimal.

I was interested to note a seedling European Mountain Ash growing in one of the relatively open slopes. I don’t know that there are any too far out of town yet, but it definitely seems like a species which here to stay.

After the trip to Blue Lake and up the hill with sunny weather, I was struck by the drive back into town where overcast prevailed. There was definitely kind of a different feel to things. 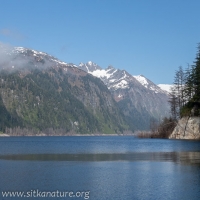 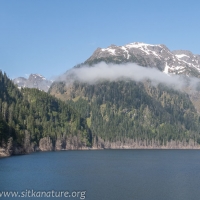 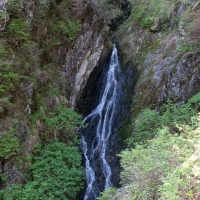 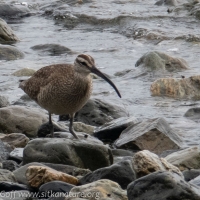 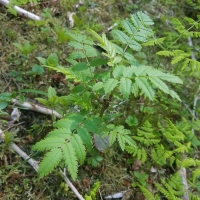 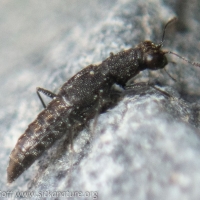 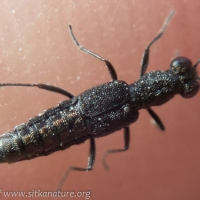