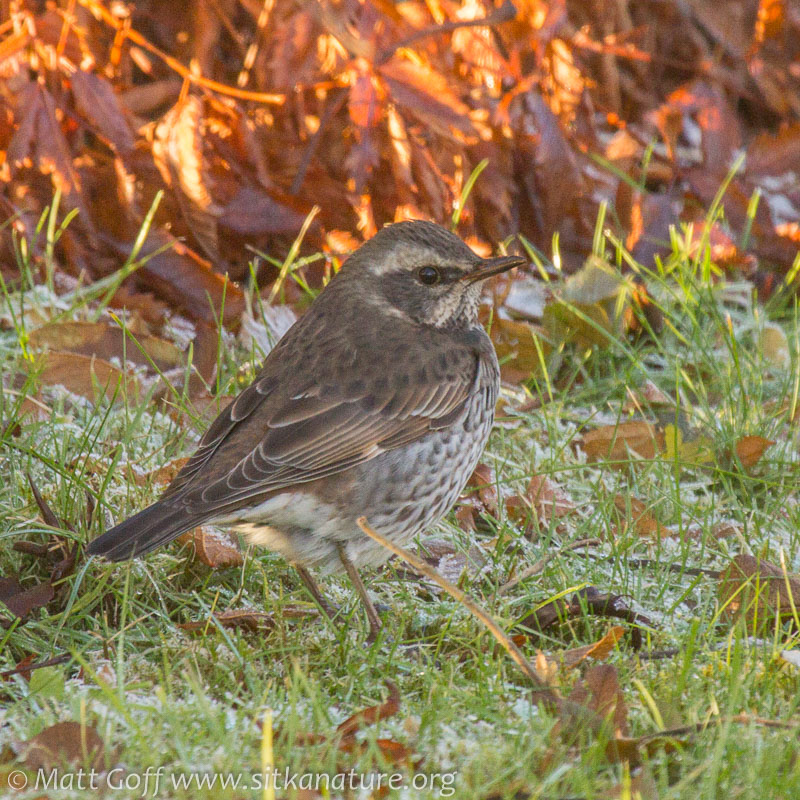 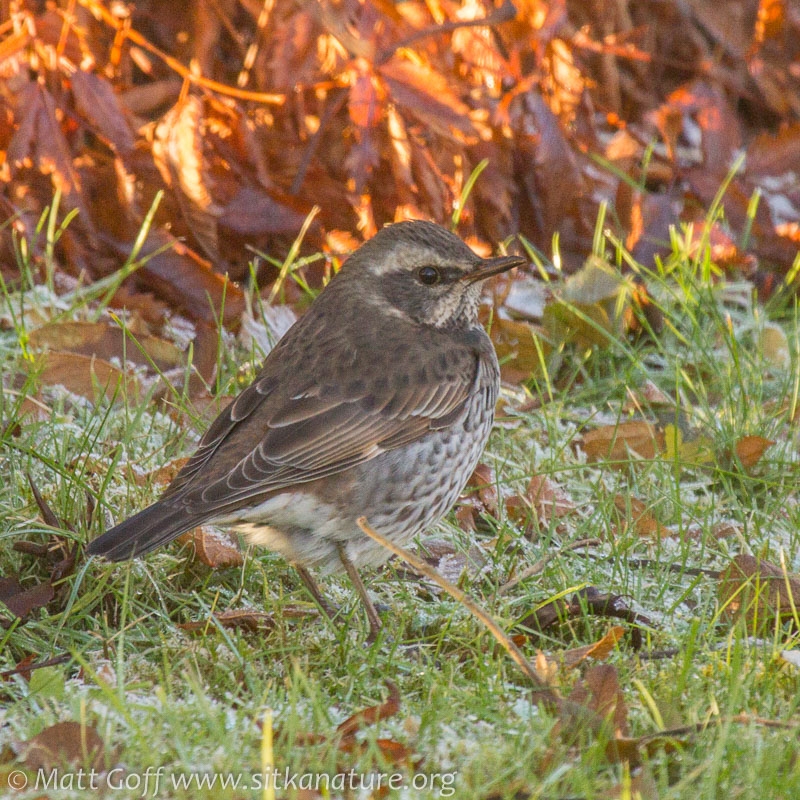 While standing near the Crescent Harbor shelter visiting with another local birder and waiting to help move some stuff with a friend, I noticed a bird perched in a shrub over across by the sea walk.

Song Sparrows are common at that location, but I could see enough even without binoculars to tell it probably wasn’t one of those.

Taking a look through binoculars, I could see enough to think it was a probably a thrush, but despite trying, I couldn’t quite turn it into any sort of thrush I would expect to see here, especially this time of year.

It deserved a closer look.

Even the brief glance I got as I got a little closer (before it flew down out of my view) was enough for me to call back to the others to let them know it was a bird they probably wanted to get a look at.

I’m not up on my Asian thrushes, but I was pretty sure this was one of the handful that are at least vaguely robin-like.

A very cooperative bird, over the 1+ hours we watched it, it primarily spent time eating rose hips off a feral rose bush growing in the rocks between the sidewalk and the harbor. At one point it did fly across Lincoln Street and spent a little time in the yard of the Hanlon-Osbakken House, and an even shorter time in the yard of the Russian Bishop’s house, before returning to its favored corner in the harbor.

This is the first reported Dusky Thrush for Sitka. In the region it looks like they have also been reported previously in Juneau and Petersburg.

Hopefully this bird sticks around for a little bit, but if not, it was a nice one to see on this crisp sunny day between extended periods of warmer and rainy weather.

Thanks to David K., Kitty L., and Connor G. for helping keep an eye on the bird for the hour we watched it (and helping many others to get a look at it). It was great to have so many folks, both birders and curious passers-by, get a good look at this bird (it helps when the vagrant shows up near a popular walking location).

Thanks also to Brad B. for helping me out with an id after I texted him a photo. 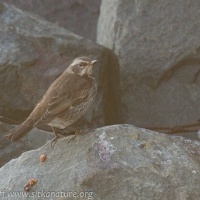 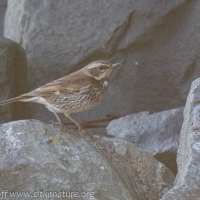 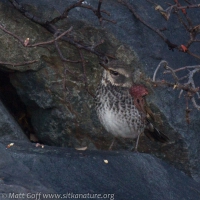 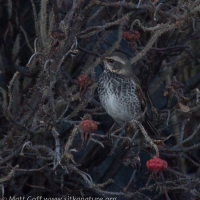 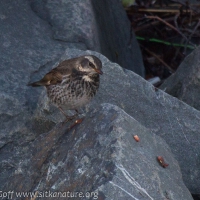 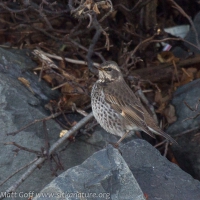 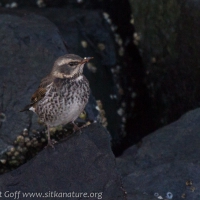 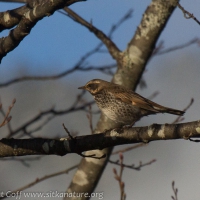 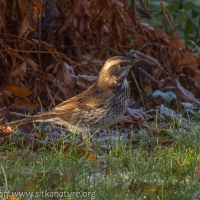 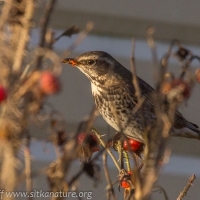 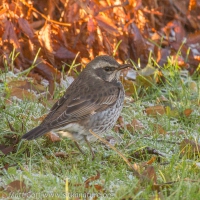 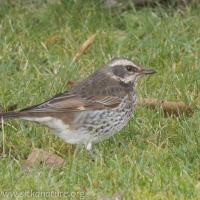