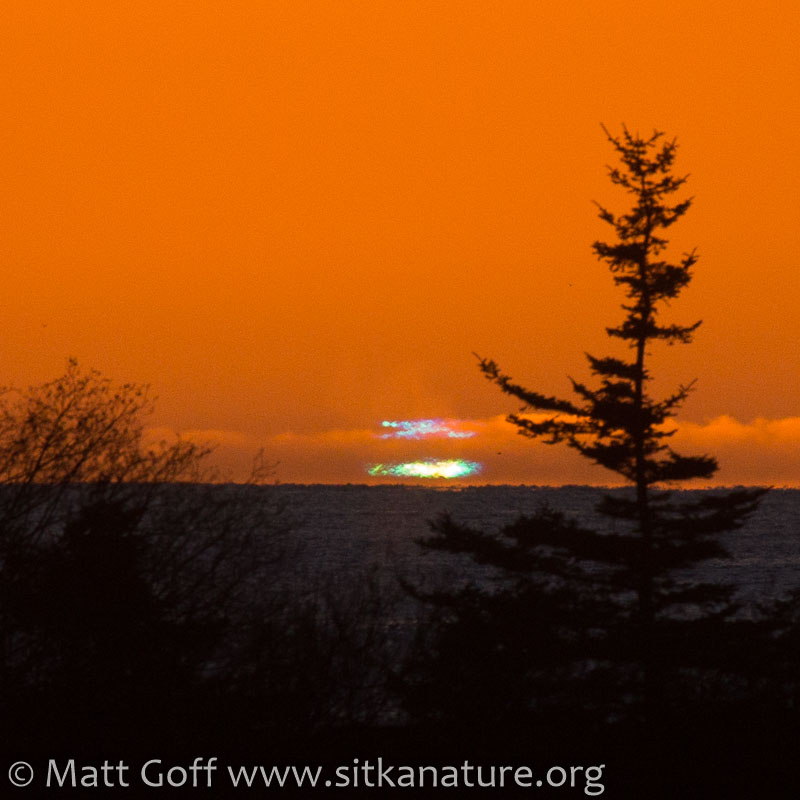 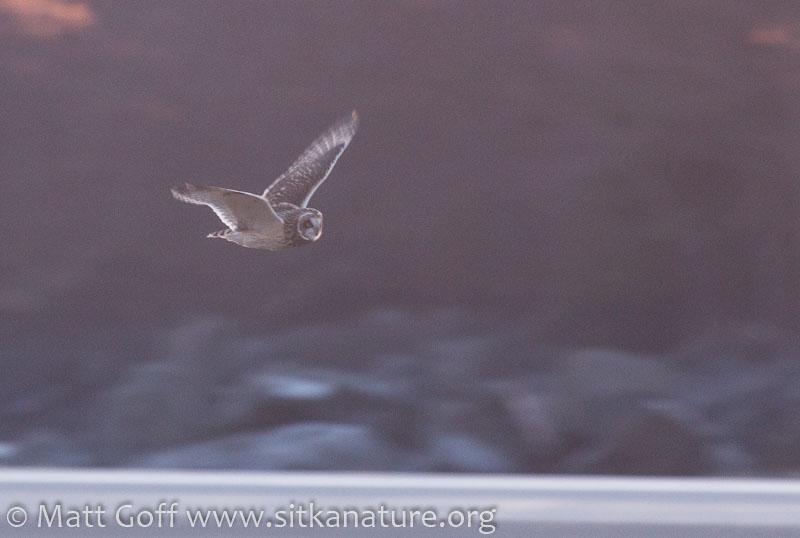 My parents were scheduled to leave midday flight, so this morning was taken up with tasks around the house before taking them to the airport. After saying goodbye to them, Connor decided to look around for a while along old airport road in hopes of finding a Northern Shrike that had been reported as being around the area last week.

Rowan and I went to Totem Park where I hoped to refind the Rusty Blackbird, Eurasian Wigeon, and Wood Duck for the big year project. None of those are birds reported here every year, and though these seem to be settled in for winter, I figure it’s better to not assume they will stick around.

I did not find the Rusty Blackbird where it had been previously, so walked down the trail towards the river mouth, at one point dropping to the river bank. With cool dry conditions over the past few days, it was much wider than when I had taken the same path last week.

I scanned the ducks that were along the river bank in the estuary flats for the Wood Duck, but didn’t see him. I was a little surprised to see what I thought was an American Dipper fly by me out towards salt water. I have heard they sometimes utilize intertidal areas in the winter, but I’ve never observed it. A few moments later, what may have been the same bird came flying back, and I realized that it looked more like a Spotted Sandpiper.

While confirming it was a Spotted Sandpiper I also noticed the Rusty Blackbird foraging along rocky embankment, so I decided to stay there for a while to try to get some photos.

While there, I had an American Dipper come quite close to me at least a couple of times, as did a Pacific Wren. They, along with the blackbird, and sometimes the sandpiper, seemed to be grabbing stuff off the algae covered rocks. I did notice a small midge and wondered if that might be what they all were eating. In hindsight I wish I had taken the time to look more carefully at the insect, but I was more concerned about the birds at the time.

By the time I made it out of the park (after stopping to talk to Paul C., never having found the Wood Duck, and also uncertain about whether I saw the Eurasian Wigeon), I had decided to head back to the airport to sit in my car, do some work, and watch for the shrike. The idea was sweetened when I received a text about a Short-eared Owl being around the airport earlier in the afternoon. (Even though it had only been seen on the far side of the airport, I could at least hope that it would venture over where I could see and photograph it.)

After an hour or so of sitting (some of it spent visiting with Chuck S., who had come by to look around), the owl did show up just as the sun was setting. Its distinctive heavy-bodied wingbeats stood out, even from a distance, and when I asked Chuck about it, he confirmed what I suspected. In the few minutes it was on the near side of the airport, I managed to grab a few photos in the last light of the sun before it flew back across the runway and out of site.

Walking back to the car, I happened to catch the last few moments of sun showing where I could see a small part of the horizon between trees. I had originally thought I might watch for the green flash, but with the excitement of the owl, figured I had missed my chance. As it turned out, this was the best green flash I’ve ever seen, with a very clear blue flash in a separate layer above. Although I was not as prepared (photographically) as I would have liked, the pictures I did get deserve their own post with more details, which I’ll try to get written in the next few days.

This evening was a nice conjunction of Mars, Crescent Moon, and Venus all in a line, though I didn’t take a picture of it.

Weather was mild (considering the season and clear skies) with official highs above freezing, but frost remaining anywhere that didn’t have a pretty clear southern exposure. Winds were light, so it was quite pleasant along the beach. One of my favorite feelings is the combined warmth of the sun, both direct and reflected, this time of year next to the water. 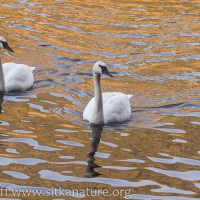 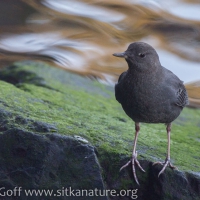 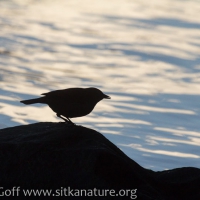 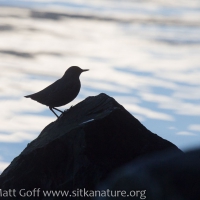 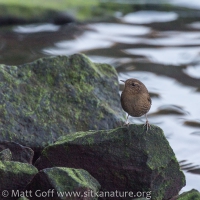 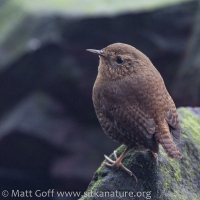 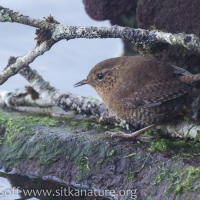 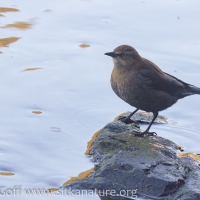 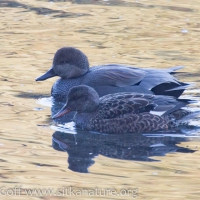 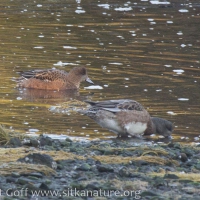 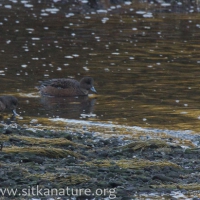 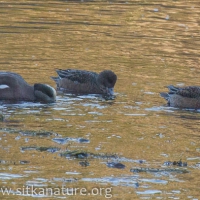 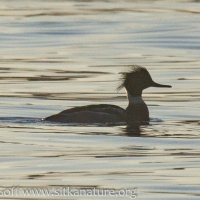 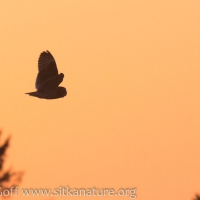 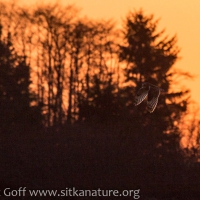 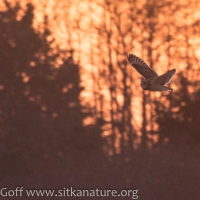 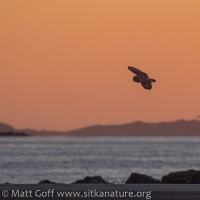 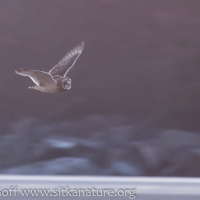 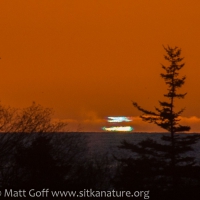 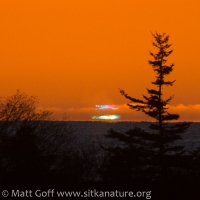 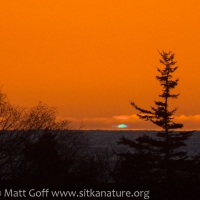 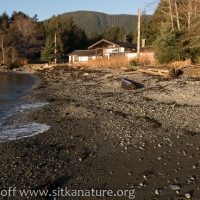 4 thoughts on “Good Birds and a Green Flash”