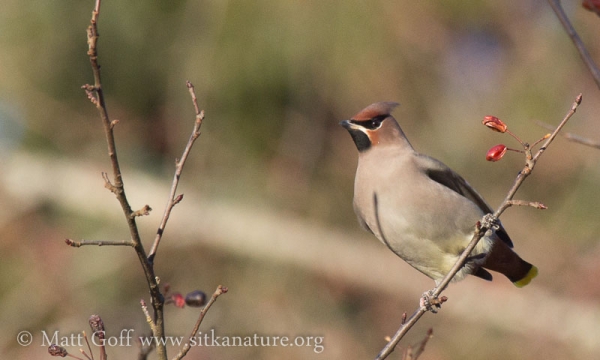 I spent some time out along old airport road today looking for birds. The sun was out and it was a little chilly, but not too bad. Some nice birds were around including 11 Bohemian Waxwings and a Downy Woodpecker, but the highlight was an immature Chipping Sparrow.

When I first saw the Chipping Sparrow I immediately thought it was something that looked different. I wasn’t sure what it was (having only seen one once before, and then not all that well). I texted some other interested birders and in the end we had kind of a small crowd of people watching this very cooperative bird. I was amused when one of the people who walks dogs out there drove up and asked what we were taking pictures of. I told him it was a small bird over at the edge of the trees. His very nonplussed response was “Oh.” as he looked away and drove on to park. Chipping Sparrows seem to be Very Rare in migration and winter, though it may be that they move through in small numbers every year and are simply overlooked, especially if they’re mostly juveniles like this one. 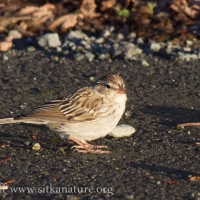 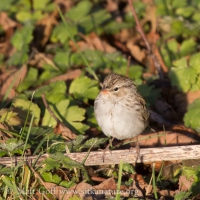 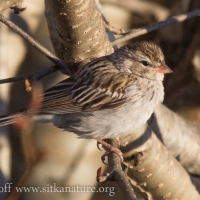 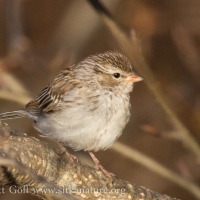 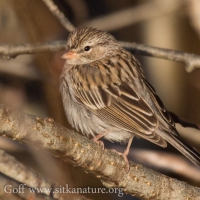 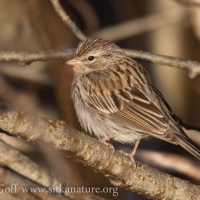 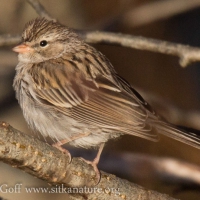 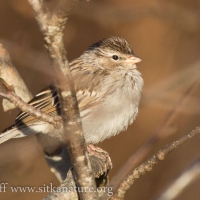 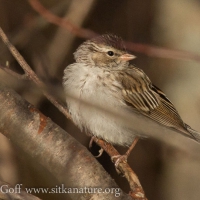 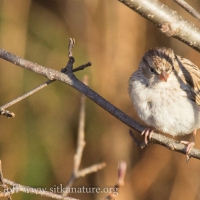 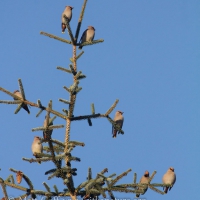 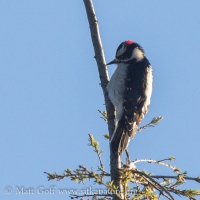 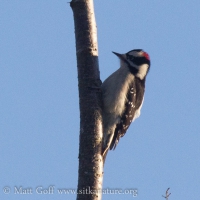 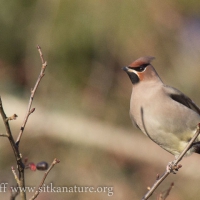