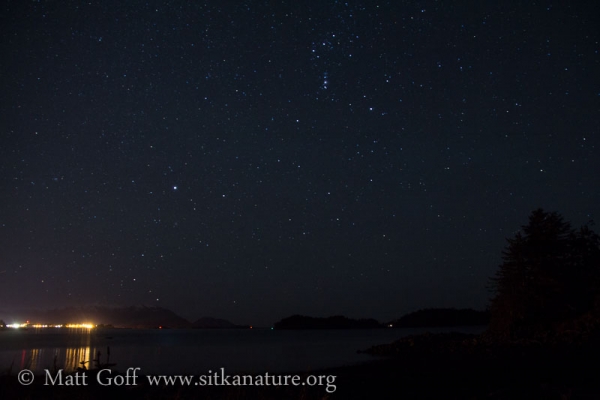 I had read about Comet/2014 Q2 (Lovejoy) recently. It was rising higher in the sky (for us in the northern hemisphere), but I wasn’t sure how far above the horizon it would appear. However, with tonight’s clear skies, I decided to have a look, and headed out to Magic Island for what I thought was probably the best chance at a clear view to the south. It was a calm evening, and I caught the last of the moon set, though didn’t have a chance to take any pictures before it dropped behind a bank of clouds over Kruzof Island.

To the south, below Orion, I was able to see the comet as a small faint fuzzy green object. Mostly I could see it in my photos, as the combination of stray light from town and its faintness kept me from seeing it with my eyes directly. Still, it was pretty fun to be able to get some pictures. Hopefully we’ll have some clear skies in mid-January when it should be higher in the sky and brighter. If so, I may try going up Harbor Mountain Road or finding another place where there are not so many street lights. 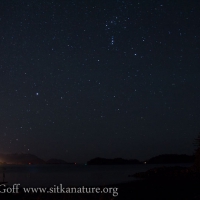 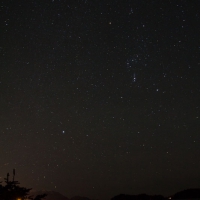 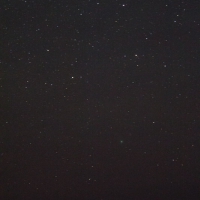 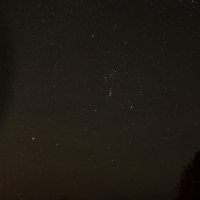