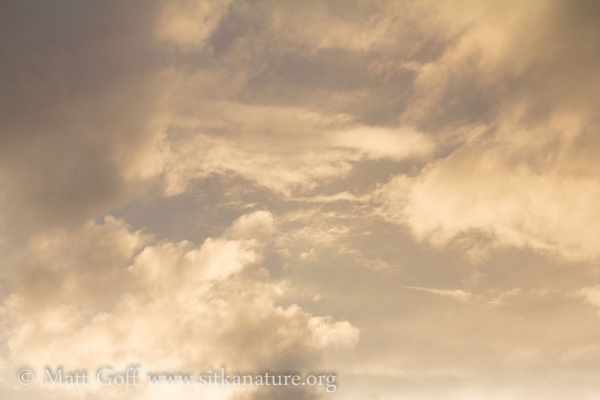 Yesterday was a very pleasant one following Friday’s storminess. Today it was back to gales (50+kt winds out at the buoy). Today’s weather actually seemed pretty dramatic at times, with strong winds and downpours broken up by dramatic clouds framing patches of blue sky, sometimes oriented such that the sun would shine through and warm the ground.

After a walk along part of Mosquito Cove this morning (Starrigavan Creek did not appear to be muddy today), I took a few minutes to check out the birds at the Path of Hope before ultimate frisbee. There were quite a few juncos around, also several Song Sparrows and a Golden-crowned Sparrow or two. While playing ultimate, I saw a Peregrine Falcon fly over.

Most of our game was played between squalls, but we got caught in a downpour shortly before wrapping up a little before two. Fortunately it was short lived, and I was able to walk home without getting soaked. On a brief stop at Swan Lake, I didn’t notice anything other than the normal assortment of Mallards. If the scaup I saw yesterday evening was still around, I did not notice it. 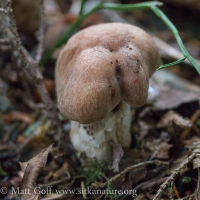 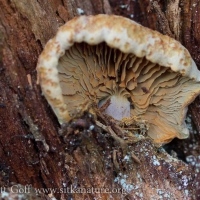 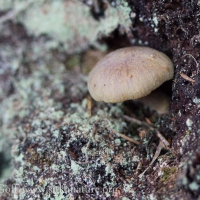 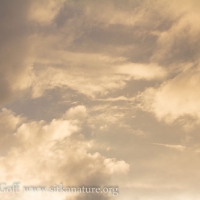