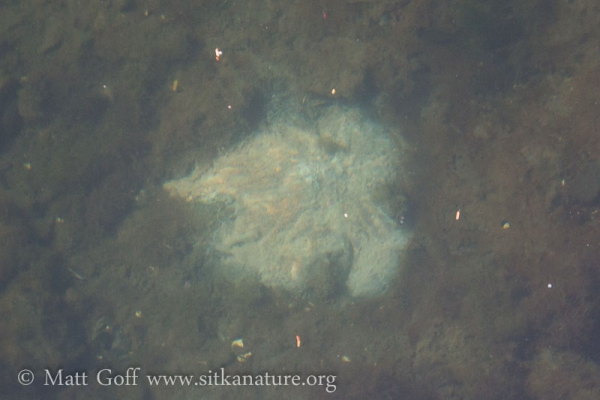 I’ve been hearing about sea star wasting disease for a year or two, mostly in the context of it devastating some populations along the west coast of Washington, Oregon, and California. However, there has been on-going monitoring for it here. Until the past couple of weeks, there appeared to be only a low level of wasting-like symptoms observed around Sitka sound. However, in the past couple of weeks it seems as though the disease has started hitting hard in at least some areas near town. I took a look at Sealing Cove during a (not very low) tide this past week to see if I could see any signs there.

From one of the ramps I saw what at first I thought might be a bare rock, but after a moment or two realized that it didn’t really make sense for there to be bare rocks there, and not only that but there seemed to be a bit of a purplish cast to them. They seemed to be the size of sunflower stars (Pycnopodia helianthoides), and I concluded that I was probably seeing the remains of a couple that had died from the wasting disease (which has apparently been found to strike this species first).

The Sitka Sound Science Center has been helping with the effort to monitor and on their weblog you can find more information on sea star wasting around Sitka as well as information about who to contact if you observe it happening. 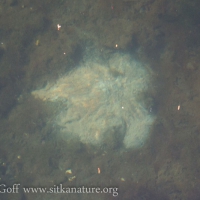 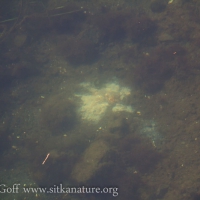 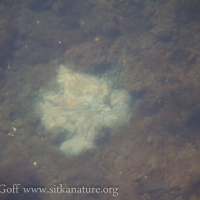