I took a walk with the kids to Totem Park this morning. My original thought was to see if I could get some video of dippers foraging, but as it turned out there I did not see any dippers. Instead I spent more time taking pictures of oystercatchers and crows out on the tide flats.

I was a little surprised at how much additional ice there was in Indian River (perhaps the reason for not seeing any dippers) compared to Monday. I don’t think temperatures have been that much colder this week, but apparently the water temperatures dropped to the point where ice could form more easily.

Out at the end of the flats the wind was blowing pretty fierce from the east or southeast, but fortunately it wasn’t too cold. It also helped that the rain didn’t start until the afternoon.

Walking downtown from the park, we spotted an immature heron sitting on a rock at the water’s edge in Crescent Harbor. It seemed very unperturbed by the attention we gave it. In my experience, that’s pretty unusual for a heron, though I guess I’ve seen a young one before that did not mind being watched from up close. 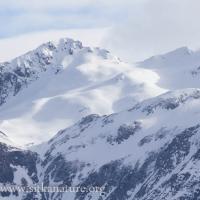 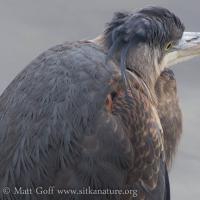 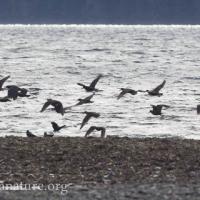 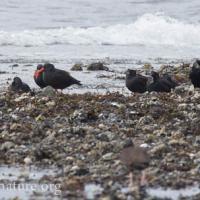 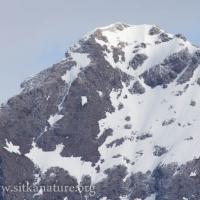 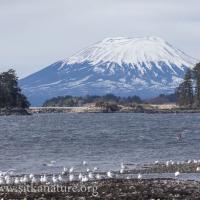 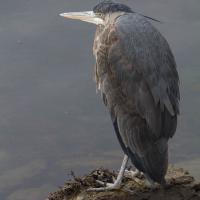 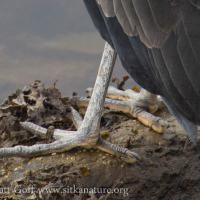 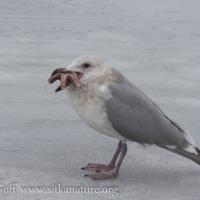 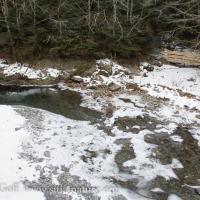 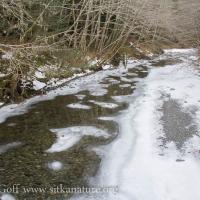 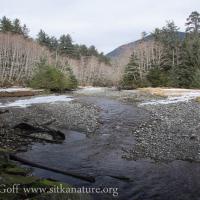 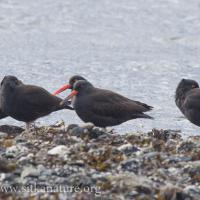 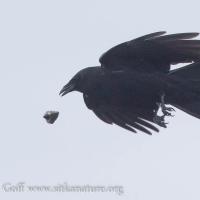 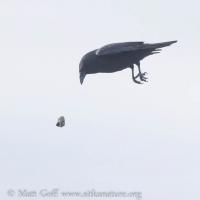 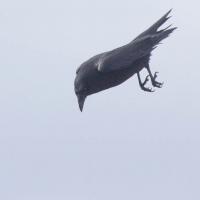 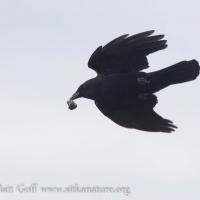 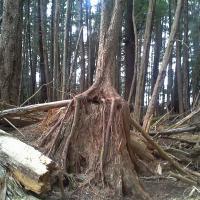