As I was walking home this evening, I was once again struck by the view to the east from the town side of O’Connell Bridge. Across the outer part of Crescent Bay, the tide flats and forested lowlands of Indian River, Bear Mountain rising behind the downward rolling slopes of Verstovia. In the further distance, the distinctive rounded tree-covered hump of Sugar Loaf Mountain, and the squared-off peak of Cross Mountain (aka Cupola Peak) rising behind it. From this angle and distance, the snow covered peaks of the highest country on Baranof Island don’t seem to stand any taller than Bear and Cross Mountains which frame them, but the snow and ice that drapes those peaks year round give some indication of the extra 1000+ feet they rise above.

As the combination of warm light and the landscape caught my eye, it occurred to me that it can be easy to take this view for granted. How many times do I walk this way and give little attention? I suspect I’m not alone in doing so. By contrast, crossing the bridge to Japonski Island, the view is dominated by Mt. Edgecumbe rising above the forested lowlands of Kruzof Island and the surrounding ocean. This eastern view is a bit less iconic and perhaps we can be forgiven for focusing more of our attention to the west. That said, sometimes I get a flush of that excitement I felt when coming back to town and seeing those familiar mountains after months away at school. This evening was one of those times, and I am grateful for the gift of seeing this familiar scene with fresh eyes.

Today may be the last day of sun for a while. The forecast shows raining coming in tomorrow, with the long term forecast showing a chance of rain for the next week or more. Hopefully it comes with cool enough temperatures to add a good bit of snow to the mountain peaks so it can feed the streams as it melts in the summer. 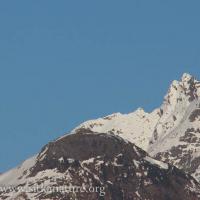 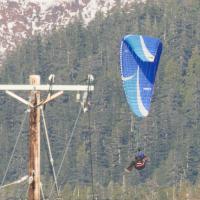 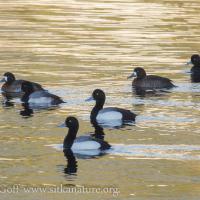 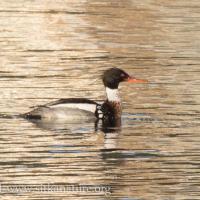 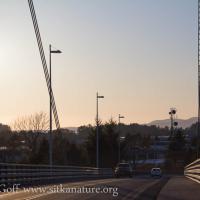 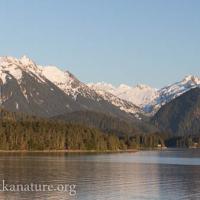