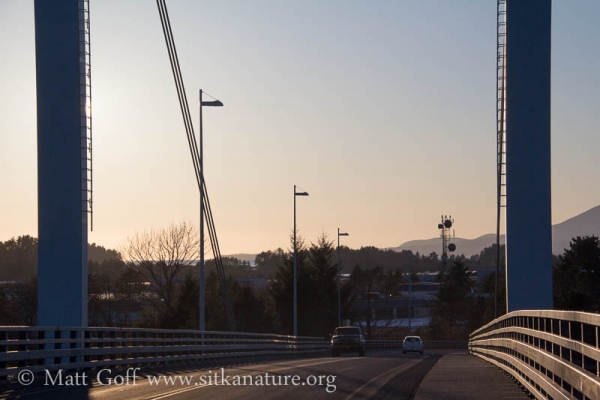 I took a moment to capture this scene yesterday from the top of the bridge because I was struck by how recently it seems like the sun was setting where it is now still a fair bit up in the sky and continuing its trek toward the west. It will be a couple of weeks yet before it sets in the west behind Mt. Edgecumbe, but already it has moved a significant way from its winter solstice position in the southwest. There it’s possible to watch it sink below the horizon, something I have done several times hoping to catch a green flash where the ocean meets the sky. For now that’s no longer possible from this vantage point, as the sun will pass behind Kruzof Island (and eventually even north of that) before dropping below the horizon until sometime next fall.