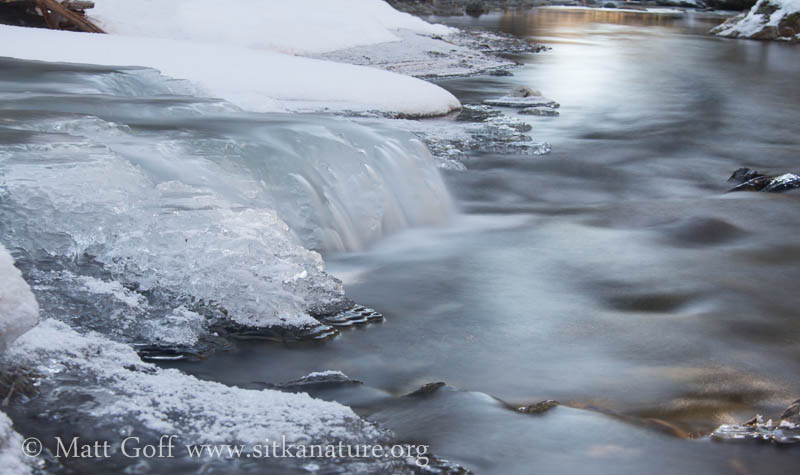 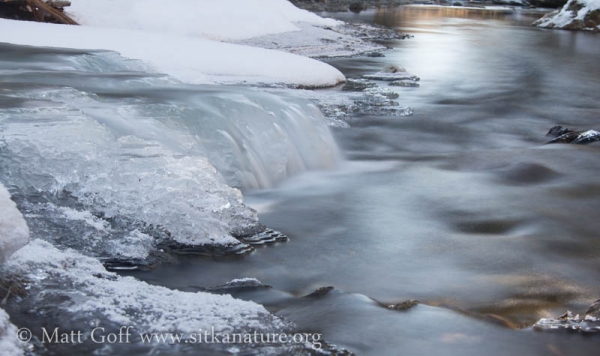 With the recent period of cold weather, I thought it would be interesting to take a walk up Indian River trail to check out the ice situation. As I expected, there was very little ice up to the first first bridge, the West Fork was running clear, but the Falls Fork had a fair amount of ice development. We walked up as far as the second bridge and then more or less followed the river down toward the confluence while I looked for sections that caught my eye.

I brought along a set of neutral density filters (which I had not used previously) to make it easier to get long exposures of the flowing water. I was hoping this would emphasize the difference between non-moving ice and the water flowing over, around, and through it. I took quite a few photos, some of which I like (at least so far).

I didn’t get a picture of them, but we saw several dippers along the way, including one along the mostly iced-over section of river between the second bridge and the confluence. It would have been fun to get a picture or video of the one going in and out of the water from the ice, but I was set up for the long exposures, and it would have taken too long to change out lenses and camera settings, so I was content to just watch this time. 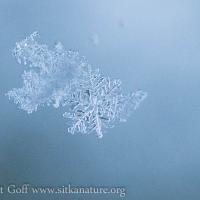 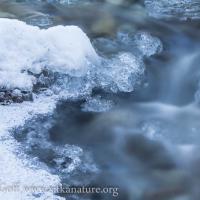 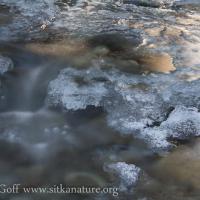 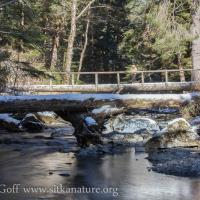 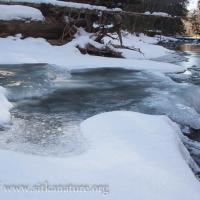 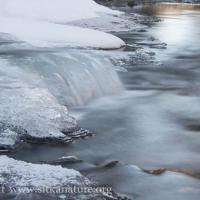 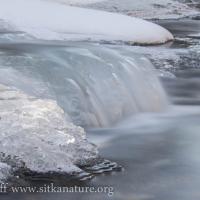 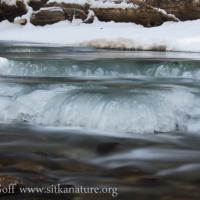 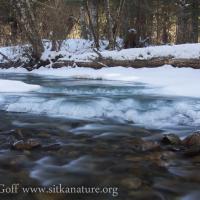 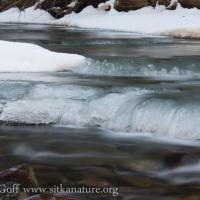 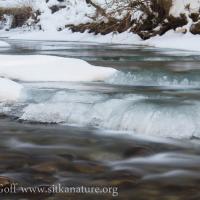 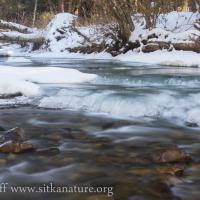 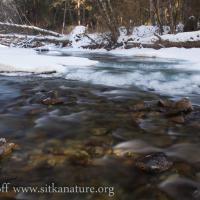 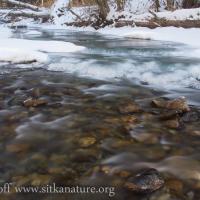 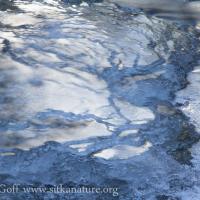 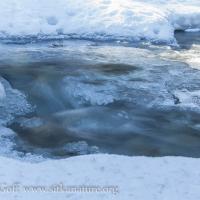 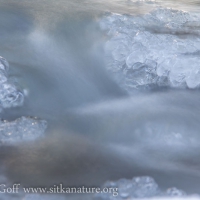 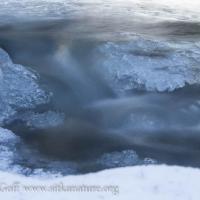 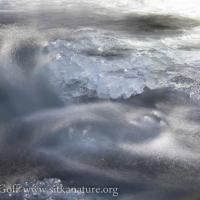