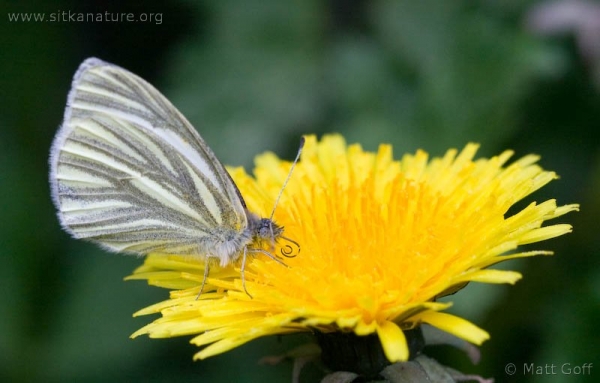 Margined White (Pieris marginalis) is the most common butterfly in the Sitka area (not that it has much competition, as there seems to be only one other regularly occurring species). During the warm years in 2003 and 2004, I remember seeing lots of these flying around during the summer, especially in June. In the years since, they have been much less common, though I’m pretty sure I noticed at least a couple each year.

Larvae of this species are said to feed on plants in the mustard family and they will often have two flights a year.

E-fauna BC shows a Sitka record for another related species, P. angelika, but assuming it’s a valid record, I suspect that species does not typically occur here given its overall range and the lack of other records along the coast. 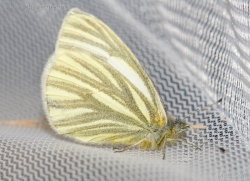 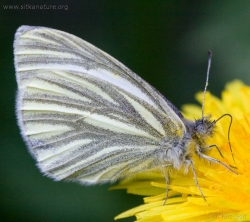 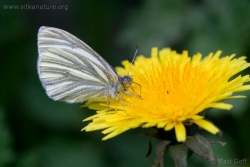 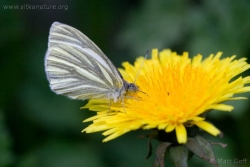 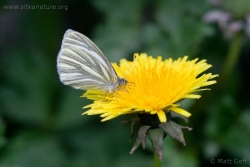 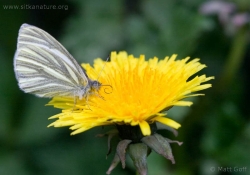