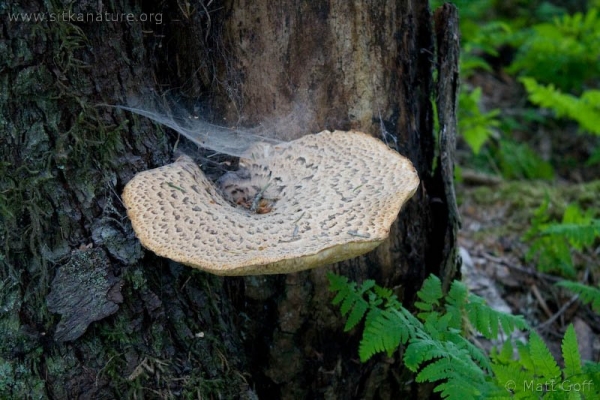 Its large size, scaled cap, pores, and a few other features make Dryad’s Saddle (Polyporus squamosus) fairly distinctive. Mushroom Expert describes this species as “widespread east of the Rocky Mountains”, and the Northwest Key Council indicates it is found occasionally in the Pacific Northwest.

I found this mushroom growing on a standing dead Cottonwood near the Mendenhall River while wandering around during a layover in Juneau. Though Sitka and Juneau are not far apart and share similar climates, it seems likely there are many species which are not found in both locations. To my knowledge this species has not been found around Sitka, though if it favors cottonwood trees, there are not so many of those in well traveled places near Sitka. I do hope to spend some time in areas with a fair amount of Cottonwood this summer, and will be keeping my eyes open for this mushroom. 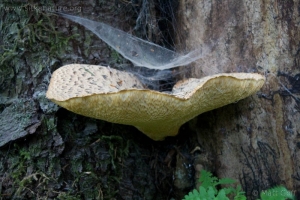 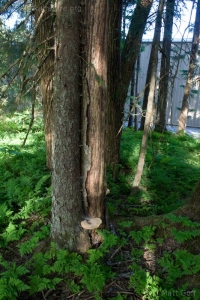 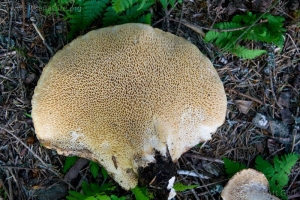