I spent most of the day inside, but went for a walk down to Totem Park this evening.

Weather: It felt chilly today, wtih temperatures in the upper-40s and pushing into the low-50s. It’s amazing how much difference 10 degrees makes in terms of how it feels to me. There were occasional light rain showers and some breeziness throughout the day, though it was calm on shore while I was at the park. It did appear that the wind was blowing out on the water, however.

Birds: There was some Song Sparrow activity around the neighborhood today. I heard a little bit of singing and saw some chasing.

There were gulls and several Harlequin Ducks on and around Sage Rock. I also heard a Song Sparrow or two around Sage Beach.

I saw a couple of gulls that I was not sure whether to think they were Thayer’s Gulls or Glaucous-winged x Western Gull hybrids. I think I will try to figure that out a little better this winter.

There were a few Black Turnstones at the park, but I did not stop to take a close look at them.

I saw a couple of sandpipers take off from the park, but never got a good look at them. They appeared about the size of Spotted Sandpipers (though it’s hard to say for sure, since I only saw them from a distance), did not have bold markings on their upper wings. Their flight included a lot of dodging and stuff. Actually, they reminded me of snipe, but I don’t usually associate snipe with tideflats.

The excitement of the day was seeing a Northern Goshawk take out a gull just at dusk. I watched it consume the gull on the flats as darkness settled. When the gull was taken, the gulls on the flats scattered. For a little while, many gulls circled above the goshawk and its prey, eventually thinning out. I did not see any gulls land anywhere on the flats (between the battlesite and the river mouth), despite the fact that the tide was out quite a distance and it was getting dark. Interesting things I noticed as it became dark were several flights of ducks coming in to the river mouth, and the impression that the gulls over at the river all stopped calling at the same time when it was nearly to darkness. 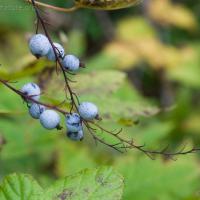 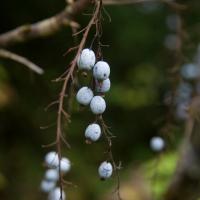 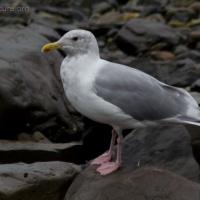 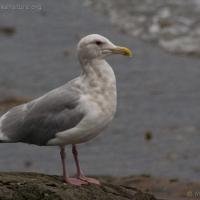 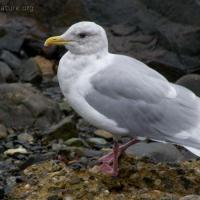