I took Rowan to school this morning and we stopped at Swan Lake on the way. I took advantage of the nice weather to walk around the park. I spent a fair bit of time just sitting and enjoying the sun near the battle site, then as I was leaving, I saw Connor’s class and was encouraged to go on the field trip with them to learn about salmon. I spent a fair chunk of the of the afternoon sitting outside.

The sun is definitely getting lower in the sky. This afternoon I noticed that from our house, the sun was behind some of the neighborhood trees again. During the summer months, it is high enough in the sky to shine on the house throughout the day. I guess it’s the time of year when I really start to notice the instinctive desire to get as much sunlight as I can.

Weather: It was partly cloudy today. It was pretty calm this morning, but got a bit breezy this afternoon. Temperatures overnight were cooler. It was the first day I’ve seen fresh snow on the mountains this fall. The snow level appeared to be about 3300-3400 feet.

Birds: The Cackling Goose was at Swan Lake.

At Totem Park there were quite a few Savannah Sparrows.

The tide was out a fair bit when I was at the park, so the gulls were quite scattered. A couple of people walked out on the beach while I was stting, so what gulls were there flew on. I did not feel too motivated to check out all the gulls anyway, so I was content to just sit and soak up the sun. I watched a couple of ravens playing over and on the flats. At least I think they were playing. Just as they returned to the ground and started to feed on a salmon carcass, I heard a call that sounded a bit like a sandpiper. I looked and saw small-ish gray bird flying over the flats from the direction of Indian River. My first thought was ‘Spotted Sandpiper’, given the location, size, and color. However the shape and flight pattern was not quite right. I was able to get my binoculars on it and saw that it was a Fork-tailed Storm-petrel. It continued across the flats over to the large tidepool, then on over to finally land on the water just off the Crescent Harbor breakwater. Someone had reported seeing some between Crescent Harbor and Morne Island earlier in the week, so perhaps this was a straggler. It was interesting to see it coming from the river and flying over the flats (and not the water), as I had just had a conversation with someone yesterday about storm-petrels, and he said he had never seen them in close at Jamestown Bay (where he lives) or over land (except where they were nesting). I had mentioned hearing from a long-time Sitkan that when he was a kid, the storm-petrels would sometimes come and fly over the houses up off Crescent Bay during storms.

Around the neighborhood there were quite a few American Robins working on the Mountain Ash berries across from the house. I also saw a Varied Thrush or two.

There was a Winter Wren by the large neighborhood Sitka Spruce.

Other Notes: From the park, I could see several Humpback Whales out in Eastern Channel and towards the mouth of Silver Bay.

I took a look at the large neighborhood spruce and saw that a squirrel has taken up residence. It appears to have dug a couple of holes under the tree and has littered the ground with spruce cone scales. It chattered at me for most of the 20 or more minutes that I sat near the tree. 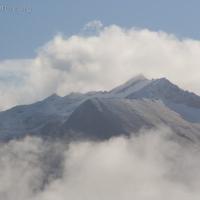 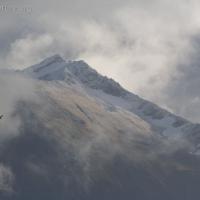 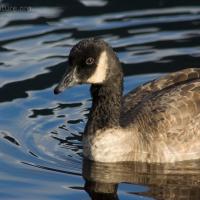 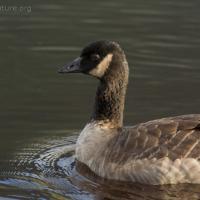 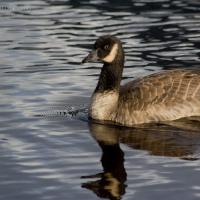 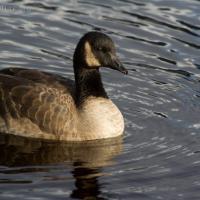 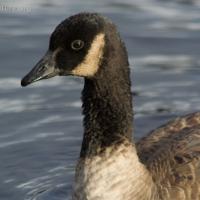 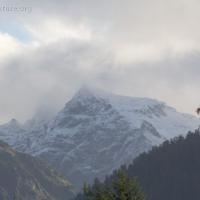 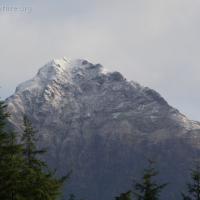 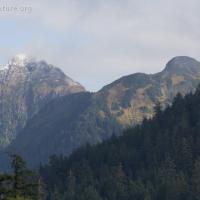 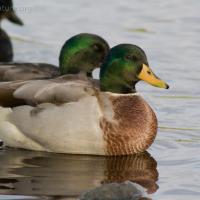 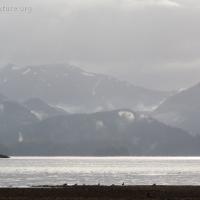 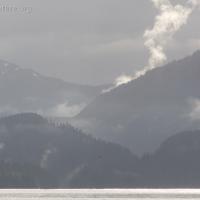