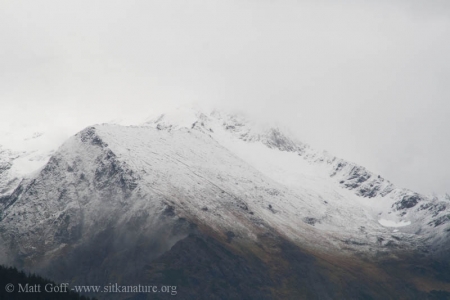 Snow level dropped enough to cover in snow the upper elevations of higher peaks around town. 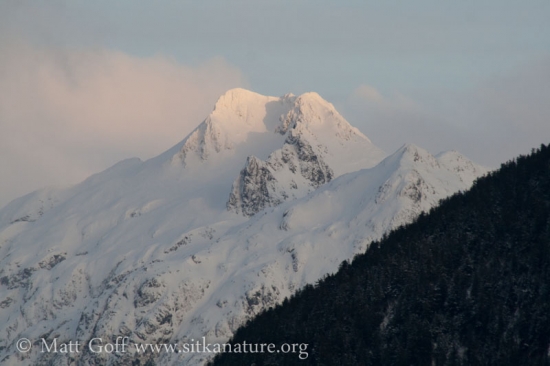 Lower temperatures associated with recent weather systems have resulted in snow at higher elevations. Although this was the first I noticed, there had been some other reports from last week, as well. 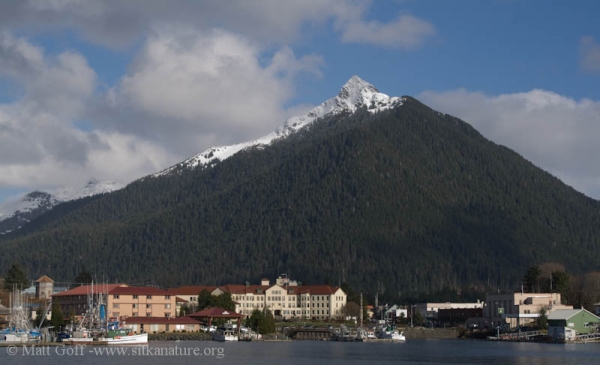