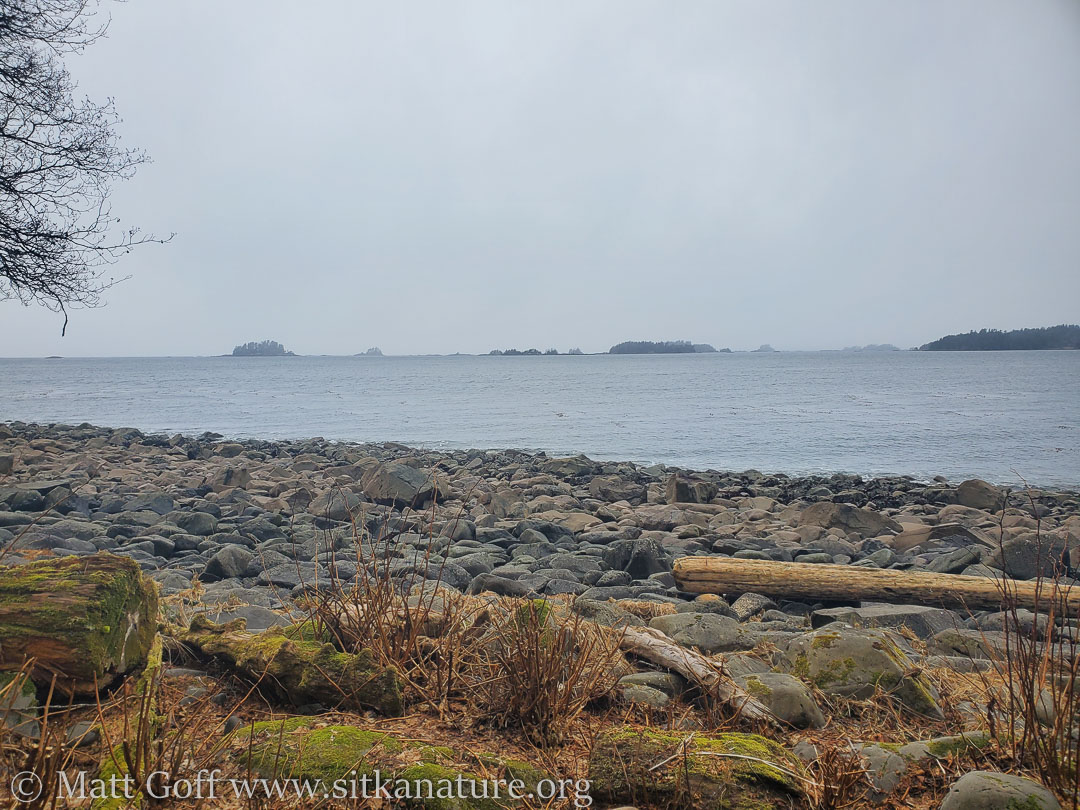 Mostly cloudy becoming overcast which seemed to thicken through the day. Temperatures in the mid to upper 30s. It remained dry until late this evening when light rain started to fall.

I didn’t make it out until after lunch.

Chilly gray conditions with some wind were not especially inspiring, and I have various tasks piling up, so I kept my outing on the short side.


I stopped by Pioneer Park and visited a log I’ve previously looked at.

I was particularly interested in refind Blepharostoma trichophyllum, a medium-small, fuzzy liverwort.


I am pretty sure I found it and at least a couple of other species I took pictures of.

I made collections of the four things that particularly caught my eye and will hopefully get to know them a little better and perhaps get names on them.

While peering at the log, a few flakelets of snow landed around me.

Swan Lake was over half covered in ice today.

Last night northern lights apparently made a nice showing as early as between 9:30 and 10:30. I had checked the forecast/activity levels Sunday evening, but did not think to do so last night. I didn’t notice any green in the sky when I was out with the owl. I’m not sure if I just didn’t have a view in the correct direction (likely true while I was in the woods), or if I just failed to pay enough attention.