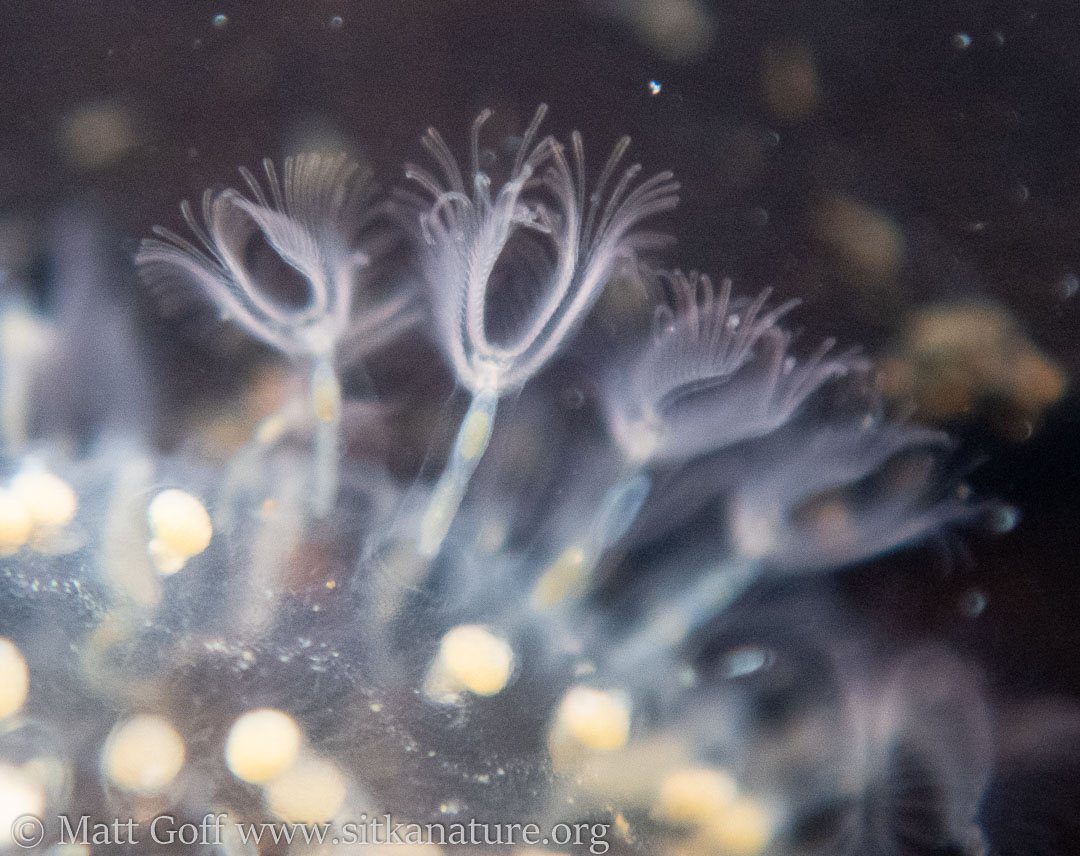 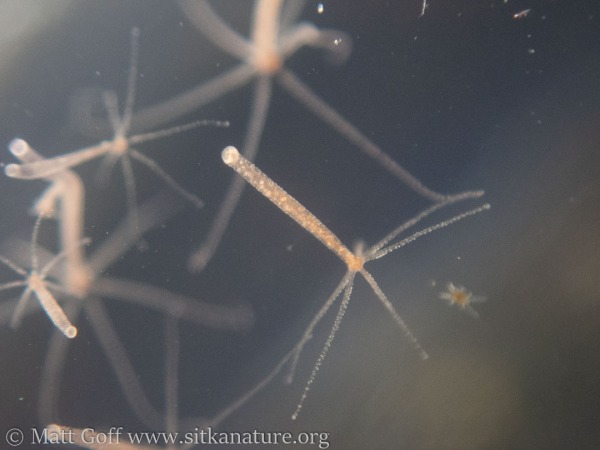 Rain showers this morning (some were quite heavy), clouds breaking up later in the morning, some sun shone through. Occasional rain with overcast to mostly cloudy (occasional small breaks) by the latter part of the afternoon.

I went for a walk with a visiting college class doing a field experience course. I learned it was part of a mostly distance program, with a required residency. Students could opt to fulfill residency requirements with intensive field courses such as this one.

We walked up Lower Gavan to the cross trail and back. I was mostly along for support, rather than being the main presenter, so I was able to poke around and look at things (mostly mushrooms) a bit more than I might have otherwise. 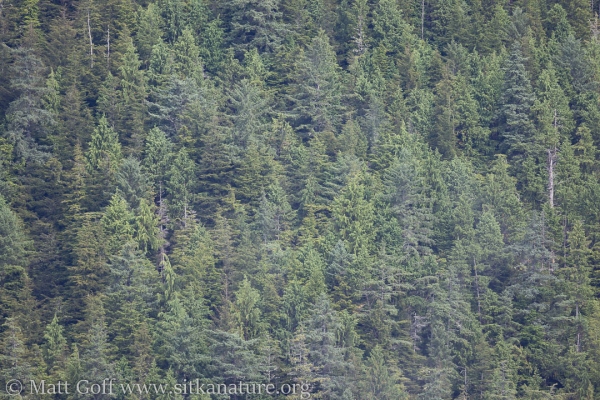 There was nice light for seeing the cedars contrasting from the spruce and hemlocks on the slopes of Gavan Hill. 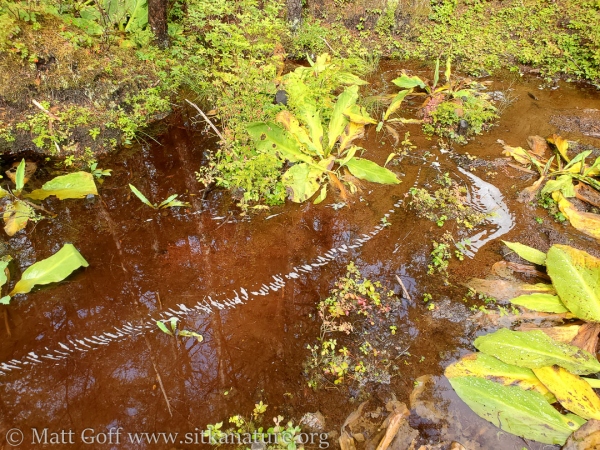 I was intrigued by a pattern of bubbles formed in a trailside puddle/pondlet with a bit of water flow.

Although I never saw them, I did hear an Anna’s Hummingbird calling in two different areas along the trail. It’s possible it was the same bird, however.

This afternoon I picked up boxes of produce sent up by my parents (will be plenty processing to do in the coming days).

There were several goumi berries on the bush this year. Not a lot, but more than I remember seeing in prior years. I enjoy eating them, but I think they’re probably not to everyone’s taste. 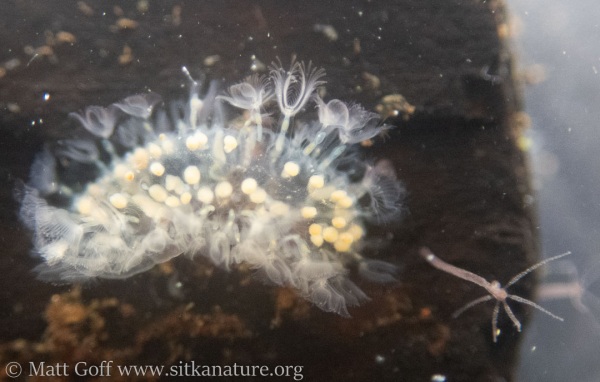 This evening I did a little desk clean up and tried taking pictures of collections from Heart Lake I made a few days ago. Everything seemed to be in decent shape, but it was a little tricky getting reasonable photos, especially when I used the dissecting scope.

In addition to the freshwater bryozoans I had intended to collect, I found quite a few Hydra, a freshwater limpet or two, and a small freshwater clam. 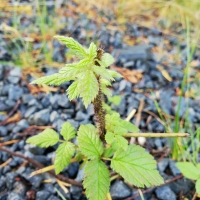 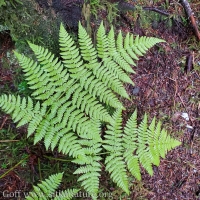 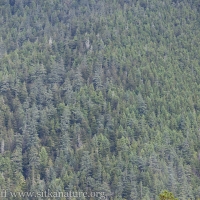 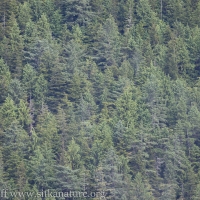 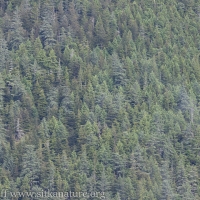 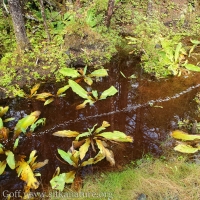 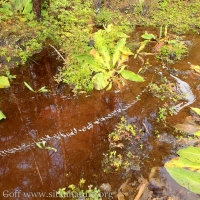 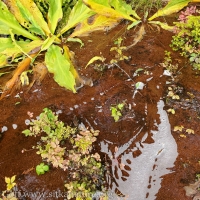 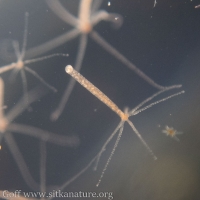 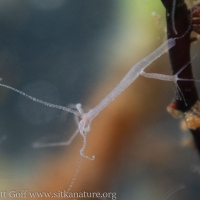 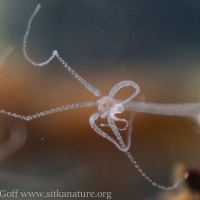 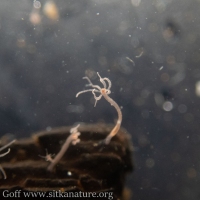 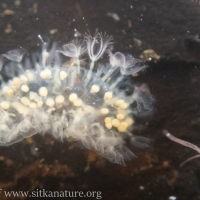 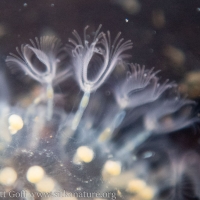 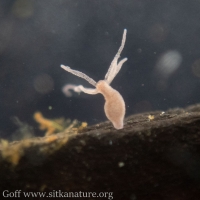 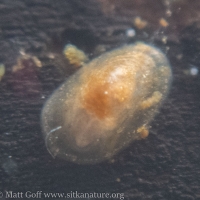 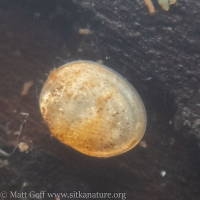 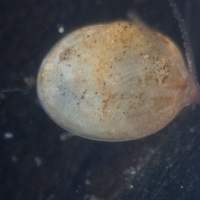