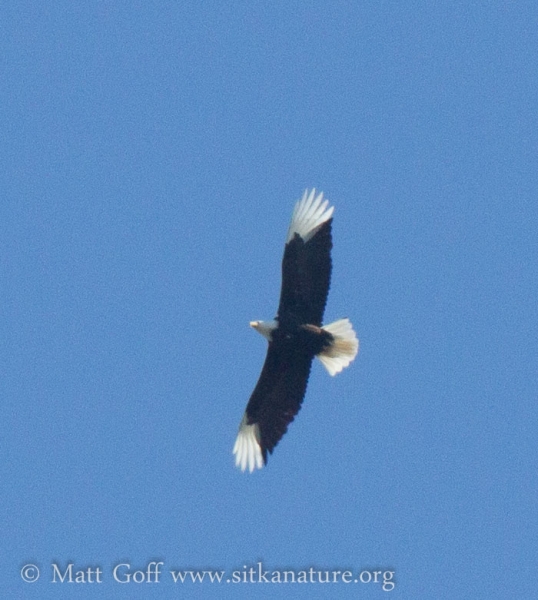 A Bald Eagle with striking white primary feathers has been reported around Sitka several times over the past few years, but I had never seen it until I noticed it soaring above my house early this afternoon. I seem to recall it’s been seen elsewhere in Southeast, but I am not sure where. Given its distinctive appearance, it should be fairly easy to track sightings of it, I think. If you’ve seen this bird, it would be great if you could post a comment here with the where and when (or as much of it as you remember). Perhaps if there is enough interest, I’ll set up a separate page for tracking the bird. 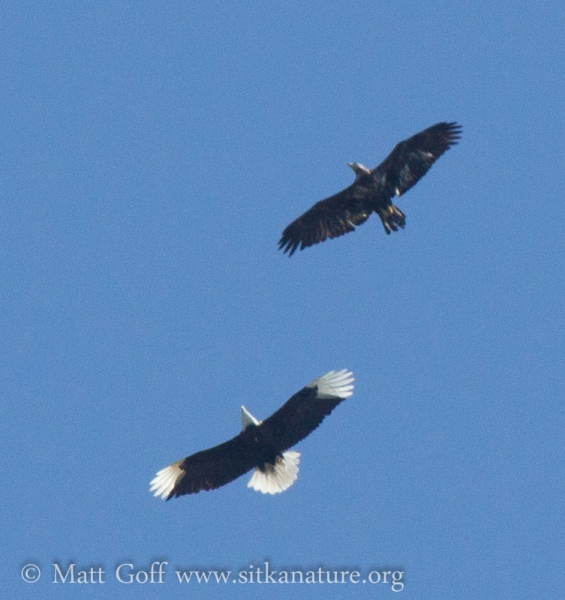 On a separate note, it apparently got up to 68F today which ties the record set back in 1989. It felt maybe a bit warmer than I prefer, but I’m sure the plants will respond with a surge of growth.