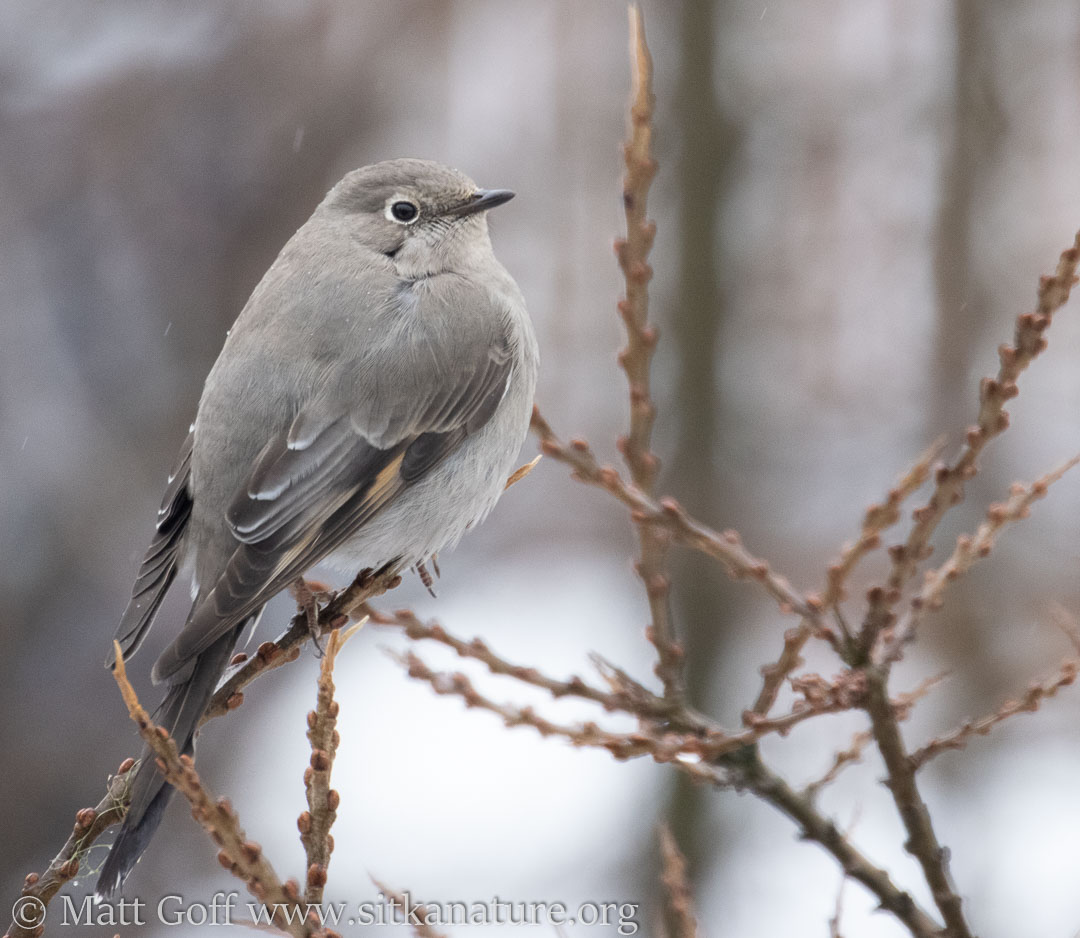 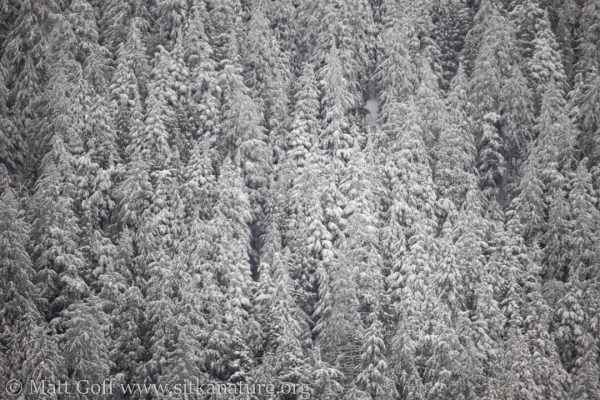 Showers continued overnight and today, with more of an emphasis on snow. I heard at least one roll of thunder late in the night and woke to and inch or two of very wet snow on the ground.

A somewhat full day kept me from getting out too much. When the sun did break out briefly a time or two, I saw some clouds and scenery I might have liked to get pictures of, but did not really have time to chase those.

I had also been thinking about checking a long stranded log on Lincoln Street for a fungus I’ve found on it previously this time of year, but decided to wait until the snow melts.

I did take a drive out the road this afternoon, though did not stop anywhere to look.

Ocean conditions were much calmer, but there was apparently enough swell coming in to attract a few surfers at Sandy Beach.

The Townsend’s Solitaire was on the sea berry again today. It looks like there are very few berries left, so I don’t expect to see it around my house for much longer. I would not be surprised if today was the last day. 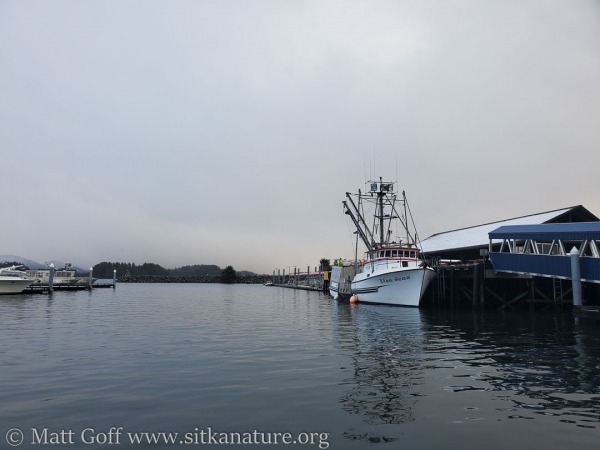 I saw what a boat at Crescent Harbor that looked like reminded me of a herring seiner. It seems a little early for that, so it’s they were preparing for a longlining trip or somehing. However, there was an article in he paper that fish and game will start flying herring surveys late next week. 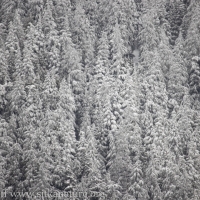 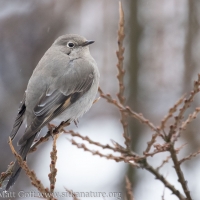 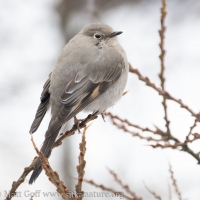 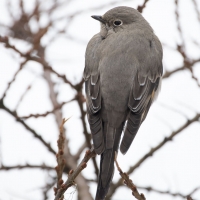 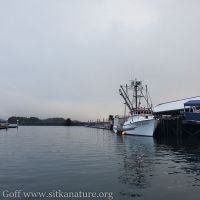