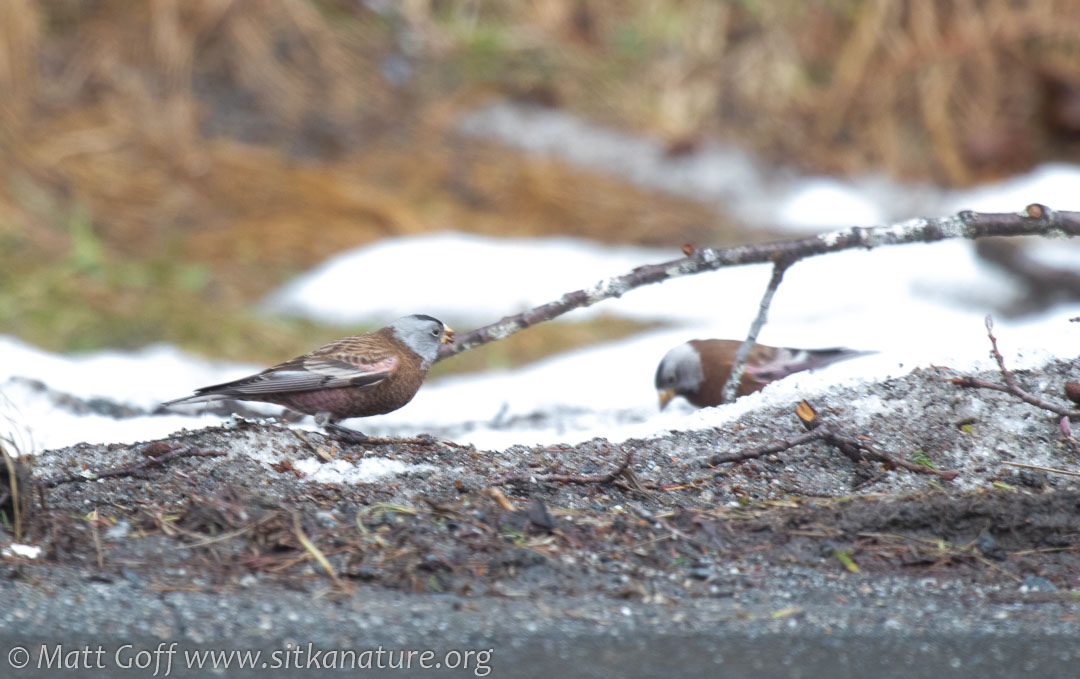 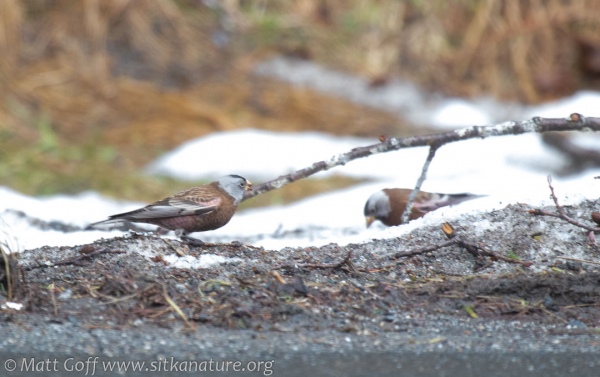 Once again, it was a Tuesday with plenty of calls, but I did get out for a bit this afternoon.

On a drive out to Silver Bay, I was a little surprised to see a flock (15-20 it looked like) of Gray-crowned Rosy-Finches feeding beside the road right by Whale Park. I didn’t see any whales in Silver Bay on the drive by, but there were three or four cars parked at the bigger pullout with folks watching, so I suspect they were out there.

A bit later, when driving through downtown, there were a couple of Pine Grosbeaks that landed in a hemlock tree at the edge of the Pioneer Home lawn.

It’s been an exceptional year for both the rosy-finches and grosbeaks, but I suspect they’ll be leaving soon.

Weather was mixed today, with plenty of rain/graupel/snow and some sun breaks between. Later this evening snow was falling.

After two nights in a row of not enough (length or quality) sleep coming after last week’s feeling at the edge of cold, it seemed like a good time to go to bed early.