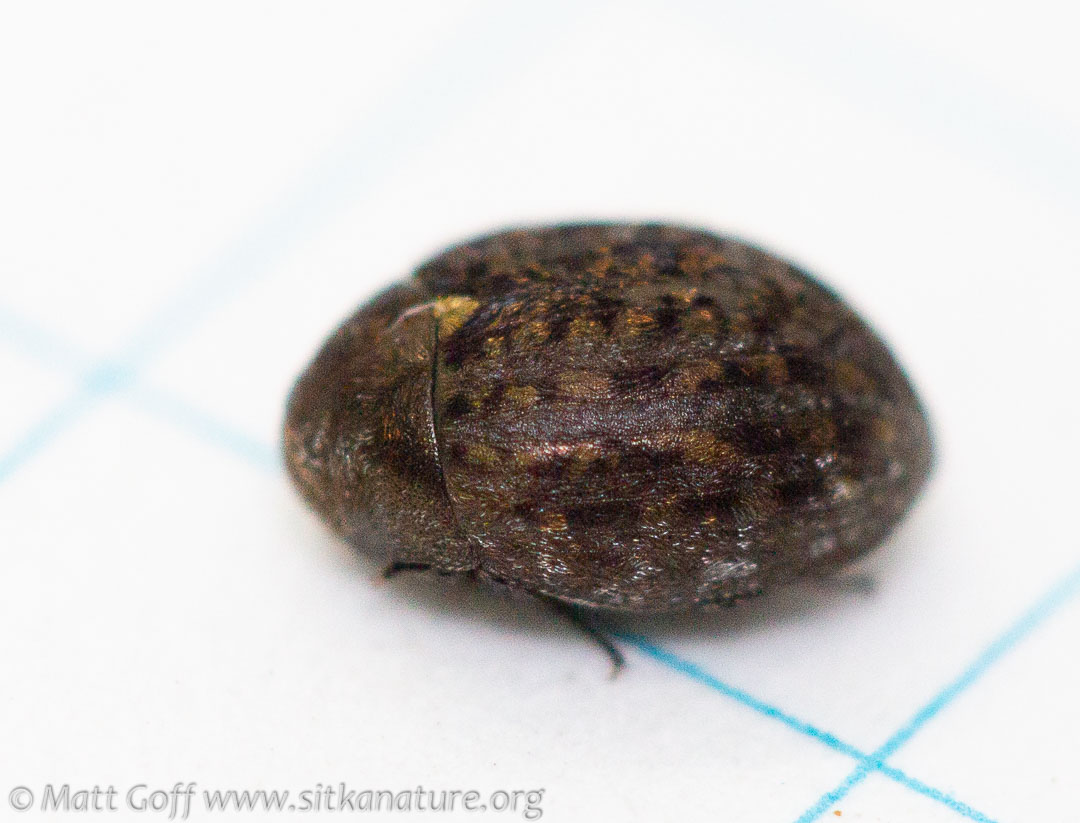 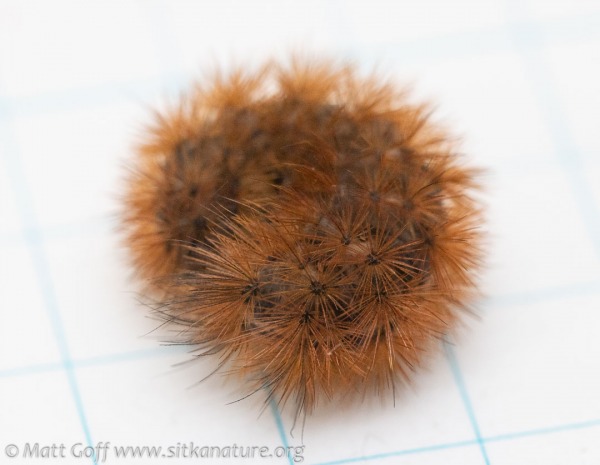 From the sounds of it (when I occasionally woke up) it rained hard at times overnight. Much of the snow that accumulated yesterday had melted, but there was still plenty where deeper accumulations persisted from previous snow falls. Snow level appeared to be around 2300 feet or so.

This afternoon I had scheduled to record a conversation with Taylor White about her research on abalone over the past 5 years (it will air next Sunday).

I was a little surprised at the chilly breeze I felt going from my car to the radio station, as it hadn’t seemed windy at my house.

I received a message on iNaturalist today from a PhD student working on pink monkey flower (Erythranthe lewisii). The work may in part answer a question I’ve been curious about for almost a decade now. She’s hoping to collect from throughout the range, and it seemed like was interested in collecting from the Sitka area.

This evening I spent some time cleaning up some of my collections area and photographing the caterpillar and two moths I collected on Saturday up Indian River. I’m hopeful that I’ll be able to rear the caterpillar to an adult. I’ve not decided whether to keep the moths as a collection, but am leaning that way (as it’s unlikely I’ll get them back up to the muskeg). I was also a little surprised to find a moss-eating beetle Connor had brought me last fall (which I photographed but forgot about) was still alive, and clearly been eating the moss that had been in the small tube I had kept it in. 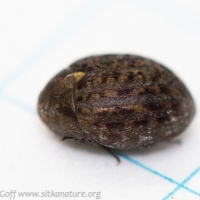 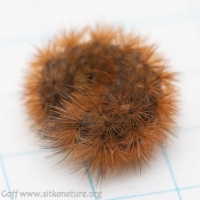 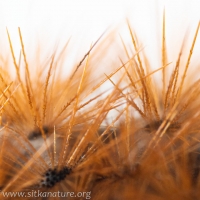 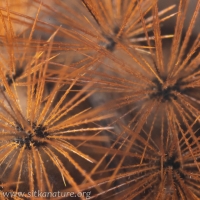 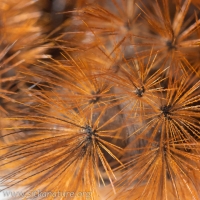