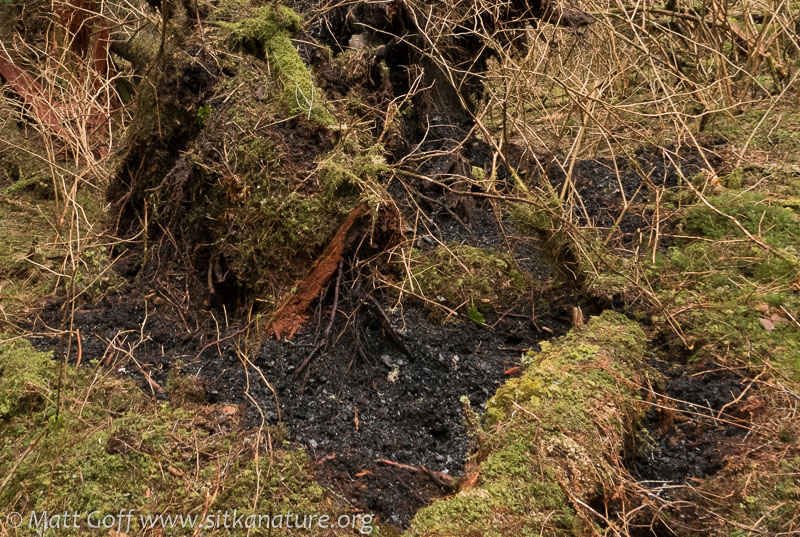 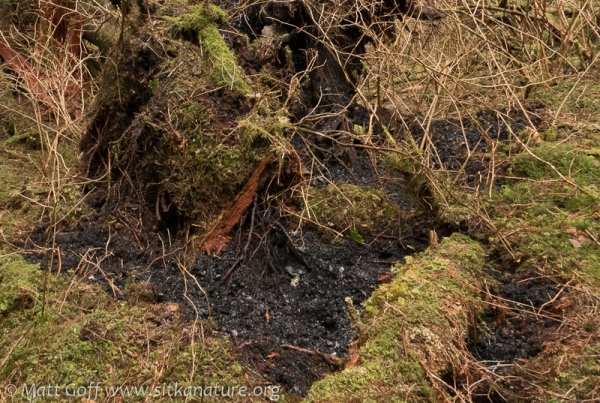 Temperatures were significantly warmer today, with highs in the 50s. My understanding is a push of air from the south with perhaps a bit of an assist from downslope winds have contributed to the warm-for-the-season temperatures.

Rowan and I went up to the 800 ft viewpoint on Verstovia today. We beat our time from Saturday by about 40 seconds, but I felt much better this time. It probably helped that I wasn’t wearing boots. Most of the snow had melted – there was some in a couple of more open areas, but mostly it was limited to a section near the fallen tree bench. As a result of the melting snow, the little creeklets were running higher than I’ve seen so far this year.

Rowan cut our break time at the viewpoint short when she noticed a mosquito flying around. I’ve previously noticed early season mosquitoes at the same location and wondered where they overwinter and/or lay their eggs. Mosquitoes aren’t typically known as strong fliers and as I understand it, they require standing water to lay eggs and go through their larval stages. It’s hard to imagine there is any standing water near the first viewpoint, given how steep the slope is around there.

On the way down I noticed a recently tipped tree that had revealed the Russian era charcoal. It’s surprising to me how little it has broken down and/or mixed in. In hindsight, I wish I had taken a closer photo, but I can do that next time I’m up. Rowan and I couldn’t decide how long ago the tree had tipped. I’m reasonably sure it was from this winter, but I don’t know when. We wouldn’t have noticed the charcoal with snow covering it, and it’s possible I just overlooked it on prior trips this season when there was not snow on the ground. 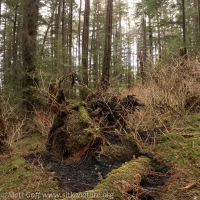 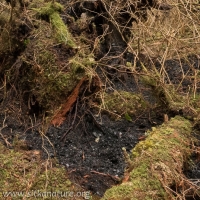 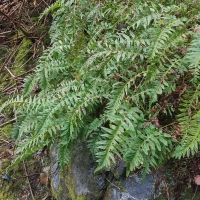