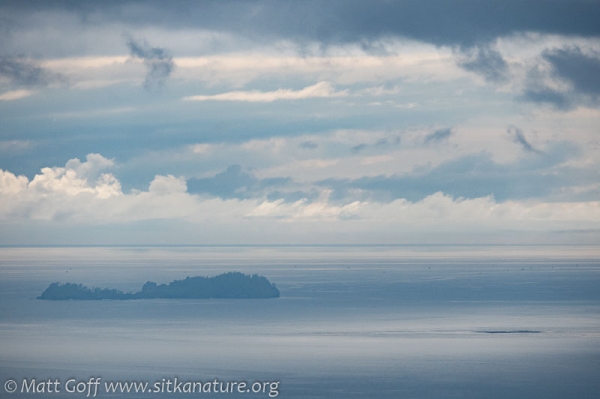 There was a nice mix of moths attracted to the porch light over night. None of them were new, but I decided it might be a good idea to document them (to get a better idea of when they fly). The pictures were not great, so I just left them as iNaturalist observations instead of including them here.

Skies were mostly cloudy this morning, there was a fair amount of blue I could see out the window. I had a work obligation that lasted until lunch time, so did not get out until later this afternoon. By then it was almost completely overcast, and clouds had moved further down the mountain. Even so, Rowan and I walked up to the second viewpoint on Verstovia.

We took about 30 minutes getting to the first viewpoint (only a couple of minutes faster than earlier in the week), and another 20 or so to get to the second viewpoint. All in, it took us just under an hour to get there (but we made it down in 30 minutes).

The base of the cloud layer was right about at our level when we reached the second viewpoint. It was just high enough to afford a nice view of the north part of Sitka sound.

I had been motivated to get to the second viewpoint in order to get better pictures of the orchids that are there (my photos from Sunday were not very good, due to the challenging conditions).

Unlike my Sunday hike, this one was slightly better timed with the rain. There was just the lightest of mist that started falling when we reached the viewpoint bench, but within the next 10 minutes it started to increase in intensity. By the time we were going down, there was a pretty good drizzle, and that got stronger while we hiked down.

Earlier this week I was driving in towards the roundabout from Halibut Point Road, and there was a mix of sun and clouds that just resonated summer to me. I realized it is not the clear, hot days that feel like summer as arrived, but rather the partly cloudy days that are warm (60+) with the sun peaking through. There’s often a nice interplay of light and clouds on those days, and it’s just pleasant. The hot sunny days always feel a bit anomalous, but this summer, even those partly cloudy warm days have been in short supply. 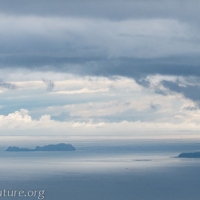 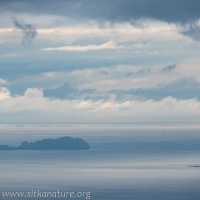 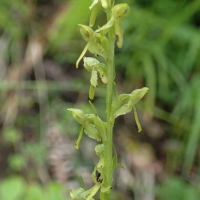