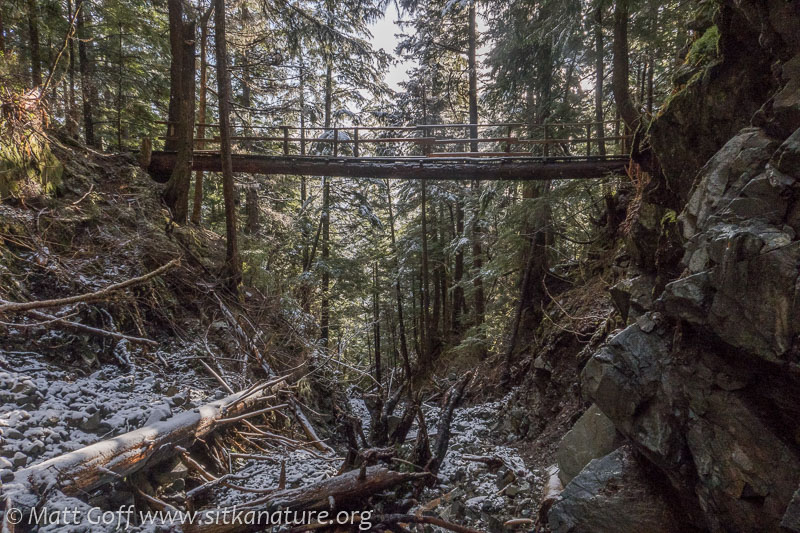 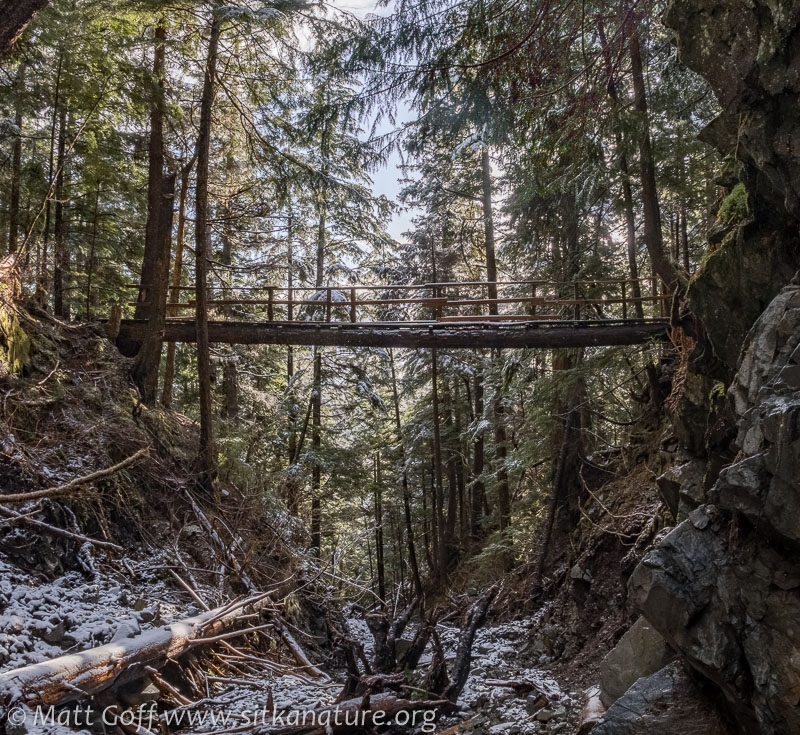 The Gavan Hill ibuttons were due for collection, so I decided to make my way up to them for today’s outing.

Overnight, snow had fallen. While there was no significant accumulation in town, the trees on the mountains were covered.

I took a meandering pace to get there, stop regularly to look at, photograph, and in some cases collect mostly lichens.

Even at this leisurely pace I found myself overheating a bit on uphill sections.

After taking care of the ibuttons, I walked along the upper cross trail, thinking I would hike down the ravine/wash that had been scoured out during the high water event that triggered several landslides around town a couple of years ago.

The first times I went up there after the washout occurred, I thought it was associated with the ravine under the first of the high bridges on the upper cross trail. However, this time when considering where to walk down, I was not so sure.

The Gavan Hill trail crosses the wash runout zone a bit below where the narrow ravine that channeled it ends. After that, there is a stream the trail crosses, so I thought I probably needed to cross it again on the upper cross trail before getting to the wash. When I didn’t cross a stream, I decided to check further and walked to the second of the high bridges (this one is collapsed). It was pretty clear this ravine had not been washed out.

I went back to the first and started down being uncertain whether it was the wash out or the stream.

As you can probably tell from the picture of the bridge, it is a fairly narrow and deep ravine. There were places where logs had fallen in, some before the flood, others appeared to be after. At one point there was a very large and apparently old stump that I think had been the base of a large tree which had grown in the ravine. It was still well anchored, but had clearly been hammered on by the force of water propelled rocks and and other debris.

I was a little surprised at how loose a lot of the rock still was – I would have guessed that by now things would have been more settled. I don’t mean cascades or rocks were tumbling down, but rather that individual rock, even of pretty good size, were prone to moving when I stepped on them. It didn’t seem like anything particularly dangerous, but I decided pretty quickly to prefer the exposed bedrock for foot placement.

It took a while to make my way through the ravine, occasionally climbing over or under logs, but mostly just walking. There was a final pinch point below which the ravine opened up and during the flood, the water must of spread out and lost a lot of its focused energy. This was where the main trail crosses, so I rejoined it and headed back.

After exploring this way, I am curious about the stream just up the trail – perhaps next time I will wander up from there and see where it comes from. My suspicion right now is that it’s fed by the (usually dry) wash that is crossed at the very start of the upper cross trail. It’s just that the water is running underground there.

Doing this more wandering-style outing reminded me that I used to do a lot more of that. In recent years I’ve tended to stick to trails and/or confine my wandering to places like the park or the lower part of Indian River. I do enjoy this sort of wander, so perhaps it’s time to start doing that again.

Bird-wise, it was pretty quiet for the whole outing. I thought I heard a woodpecker tapping a couple of times, but was never able to see it to confirm. There were ravens calling throughout (not always close) and at one point I heard a few kinglets in the trees around me. Near Swan Lake there was a Song Sparrow tuning up his song, and a handful of wigeons mixed in with the Mallards who have decided there’s enough open water for them now at the lake.

Weather was light snow showers with sunny breaks between. Although the snow showers were light, the clouds that brought them were thick, and even though it was only just after 1pm when I was nearing home, it felt like twilight – at least until that snow shower passed and it brightened up again a bit later. 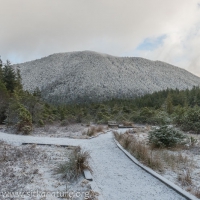 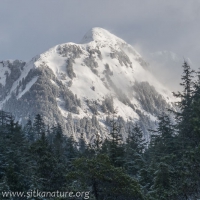 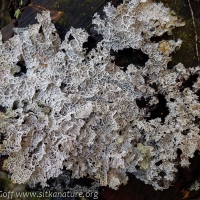 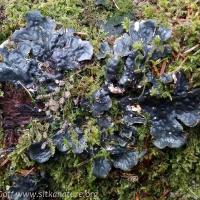 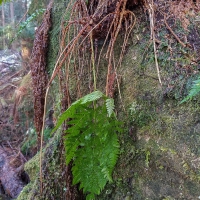 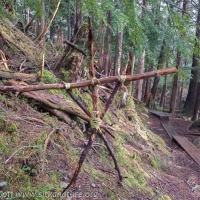 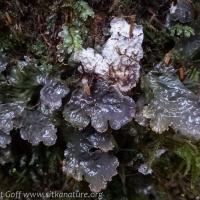 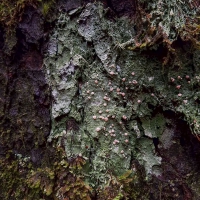 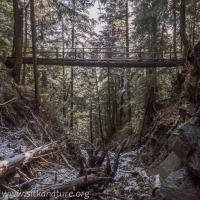 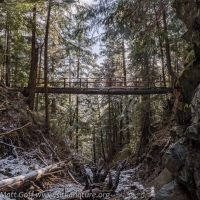