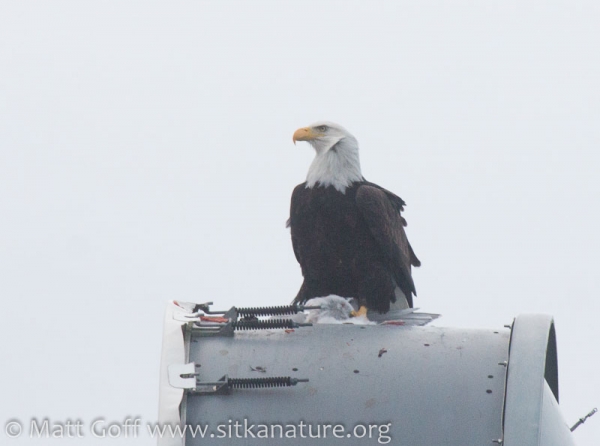 Most of the day was relatively dim and gray, but I had some running around to do this afternoon so decided to take a couple of turns around the old airport road and Alice Island in case I might find the solitaire (I didn’t). On the second go around, near the lagoon I noticed feathers that seemed fresh. I didn’t think they had been there the short while earlier, so I got curious and followed the upwind. I saw more and more before finally noticing quite a lot of them on the ESE side of the new boat yard. I figured I must be close, but it still took me a bit to realize there was an eagle sitting on one of the transmission things on a communications tower (I had been more focused on the eagle at the top of the tower).

I went around to the other side and was able to get a photo or two before the eagle flew away with its meal (a Glaucous-winged Gull). 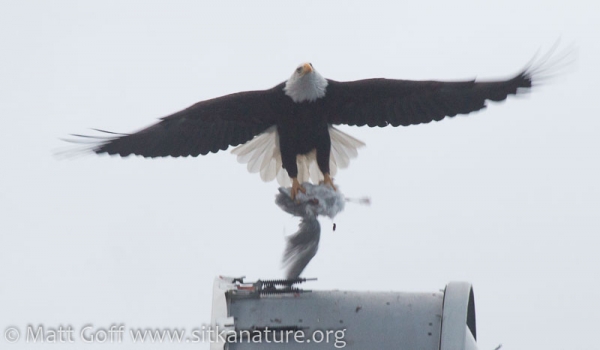 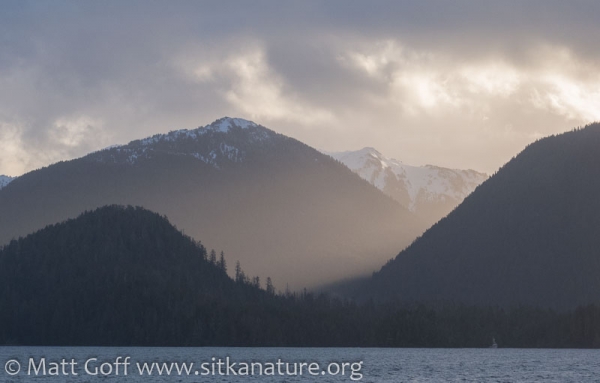