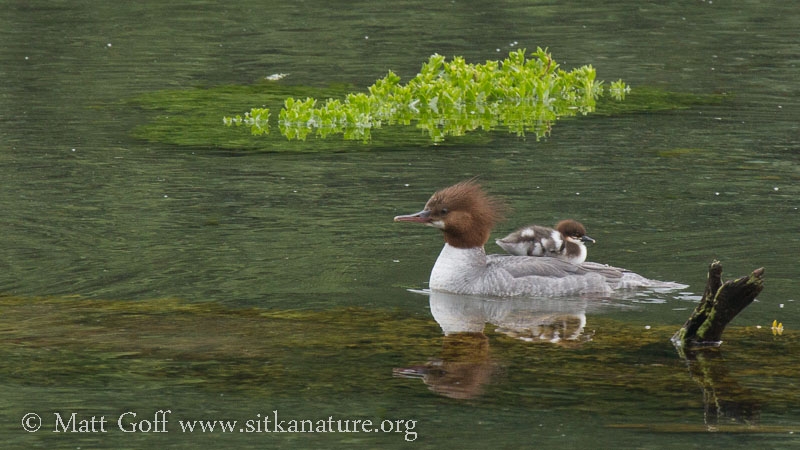 I spent the very early hours of today out taking pictures for a timelapse of noctilucent clouds, then after a short 30 minute nap, I headed back out to try to find a mystery birds I had heard in the darkness. In the hours I spent hoping to locate the bird(s) that I heard earlier, I walked around the shoreline below the bridge (on the Japonski side) and was reminded of some of the rich vegetation that’s down there and easy to forget about.

Towards the end of my morning, I went over to the old airport road and saw a small flock of Cedar Waxwings, my first of the year. I also heard a distant Alder Flycatcher that I believe was on the other side of the lagoon. It was only the second time I’ve observed one, and the first along the road system in Sitka. There was also a flock of Red Crossbills (including several that looked immature) that seemed attracted to something in the large ditch. I never could quite figure out what they were doing down there, as they disappeared in the vegetation, and I only saw them flying down or flying out.

This afternoon on a walk to Totem Park I got photos of a female merganser with a single chick. There had been a couple different females with 6-8 chicks that Connor had told me about seeing in the past day or two. I don’t know if this was a different one, or if it was one of those absent a few chicks (that were either hiding or had been lost to predation). 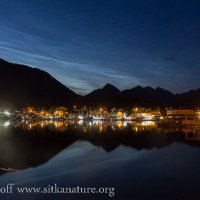 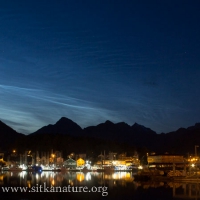 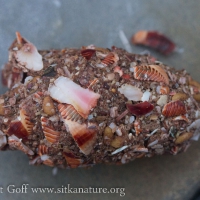 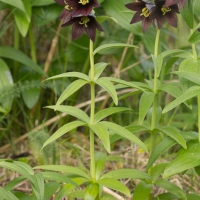 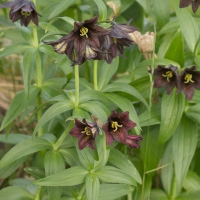 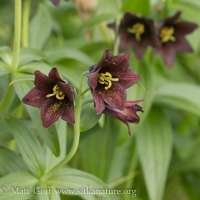 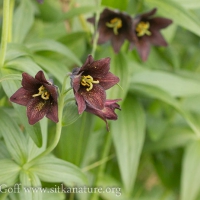 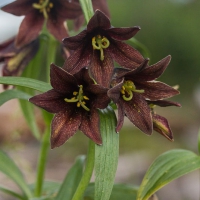 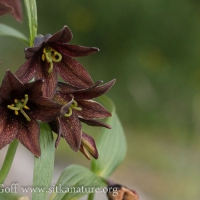 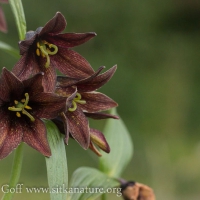 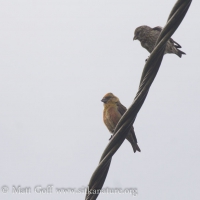 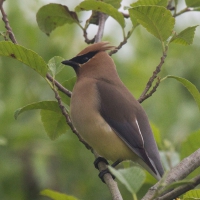 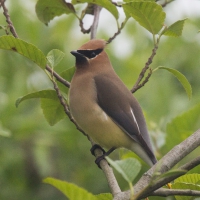 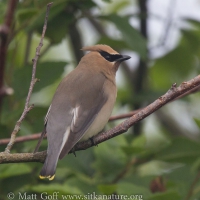 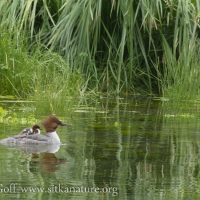 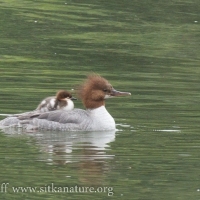 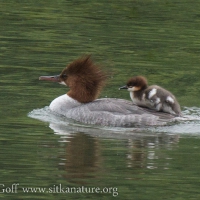 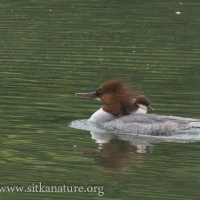 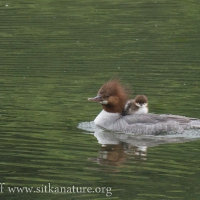 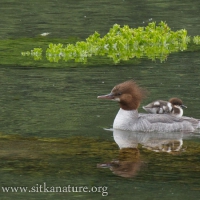