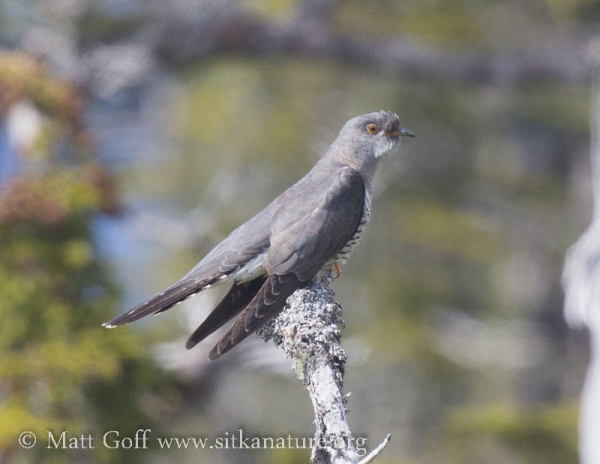 Common Cuckoo photographed Saturday, as of this writing I am uncertain if anyone found it today (Sunday, 14 June)

Friday afternoon my kids and I spent a couple of pleasant hours hanging out on Harbor Mountain in the area we had found the cuckoo on Wednedsday. The weather was much nicer, but we never noticed the bird. I would have probably assumed that it had left, since as far as I know, no one found it on Thursday, and I hadn’t heard of anyone seeing it on Friday. However, after reporting our unsuccessful attempt, I heard a second hand report that someone had seen it around noon on Friday. With morning clouds breaking up and lifting off the mountains, it seemed worth another trip up the mountain.

We reached he third gate around 11am and saw some cars parked there. I recognized one of them as Richard Nelson’s, and sure enough, we ran into him on his way down shortly after we started up the hill. He told me he had seen the cuckoo in the vicinity of the picnic area earlier this morning, but that it had ultimately flown off in the direction of the end of the road, and he did not see again while he was up there. He never heard it vocalize (nor has anyone to my knowledge), nor did it respond in any obvious way to the playback of either Common Cuckoo or Oriental Cuckoo calls. I’m not sure if this is meaningful, but I think it is interesting. A little while later I ran into another local bird enthusiast who had not gotten up the mountain quite as early, and despite staying longer, had not relocated the cuckoo. (Later I heard that someone else had also seen the cuckoo briefly early in the morning.)

Connor and Rowan were waiting for me (having continued on while I visited a little while) and after eating our picnic lunch at the viewpoint, Rowan and I mostly just relaxed for the next couple of hours while Connor took a more active approach to searching. He asked to go to the end of the road and up the trail to the top of the bowl to see if it was over there. Some time after he headed that way, I decided to look around on the uphill side of the road. While headed up the hill, I happened to spot the cuckoo, but it flew off before I could my camera on it. This happened a couple more times before it flew off too far for me to easily follow towards the picnic shelter. I had gotten Rowan’s attention (she had gone over to the picnic area) and she saw the cuckoo as it flew that way (we also both saw probable Red-tailed Hawk quickly gliding by along the road way). She was not able to see where it went, however. 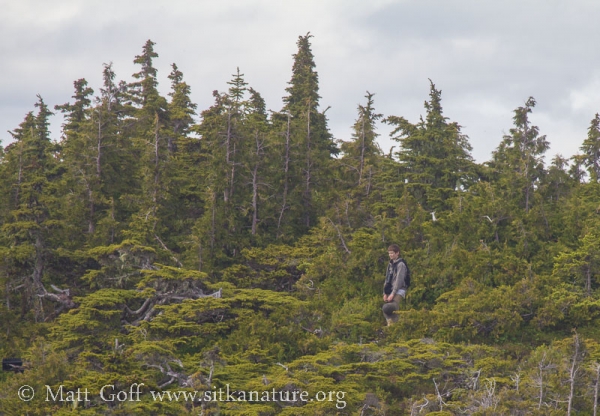 Connor scanning the tree tops for the cuckoo

I had been able to get Connor on his cell phone (handy for that, at least when there’s reception) and it was not too long after this that he showed up. While he gave a more thorough going-over of the picnic area and some open meadow beyond, Rowan and I went back to the viewpoint to watch. After a futile search, Connor eventually rejoined us there. I’m not quite sure how long we were there before I saw the cuckoo flying across (looking remarkably like a raptor in flight) from the direction of the picnic area in front of us and across the road to the uphill side where it perched on the top of a snag that was in our sight. Connor followed it up there and was able to get his camera on the bird (though he said most of the pictures were blurry/out of focus due to his pounding heart from the run up the hill). Once again it flew along the hill and then over past the picnic area where we lost it. So, it was back to the viewpoint for Rowan and I, while Connor once again tried a more active search over by the picnic area. 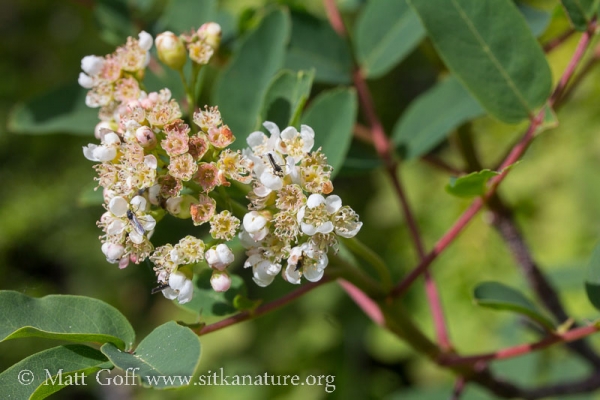 By this time it was past 3:30 and time for us to leave, so Rowan and I started walking down the road. Along the way I noticed a Sitka Mountain Ash (Sorbus sitchensis) that was still at least partly in bloom up a little way off the road. Rowan went ahead to the picnic area to meet up with Connor while I stopped to take some pictures (as I had not happened to see one of these blooming before). I looked up from taking some pictures and saw the cuckoo perched in a tree on the hill above me. This time it did not fly so far so fast, and I was able to catch up with it and get some more quality observation (and photos). One thing I noticed was it seemed to regularly bob its tail up and down (see the first two photos in the set below). I’m not sure if this was for balance, or something else. While watching the cuckoo carefully, I was also able to get Connor and Rowan’s attention, so Connor came down towards the road from the picnic shelter to look. About the time he reached the road, the cuckoo flew across to a perch near the picnic area parking lot. It went from perch to ground to another perch a couple of times, and we were all able to get good looks and photos of it before it flew further and we once again lost track of it.

I think Connor would have been happy to stay even longer, but it was really getting to be time to leave, so we started down the boardwalk and got as far as the parking lot before we noticed the cuckoo perched in a tree nearby. We gave a brief effort to get more pictures (I think it gets to be a bit of a compulsion really), but it flew off when none of us happened to be looking, so we did not see where it went. At this point we really needed to go, so we put our cameras away and started down the road.

One interesting thing I noticed was a fairly consistent alarming from other birds in the vicinity of the cuckoo. I noticed aerial predator alarms from robins and agitated chips from juncos, while Connor told me that when he had followed the cuckoo up the hill there had been some warblers that were clearly not too happy with it being around. I had noticed this on Wednesday a little bit as well, and also on both days that the alarms were pretty localized. I’m no expert in bird language, but it was fun to at least notice what I could of it and try to get a little better understanding of what was going on through those efforts.

Another thing I thought interesting was it seemed like on Saturday the cuckoo was more often making longer flights (and disappearing) compared to Wednesday. I wonder if this might be because of the limited visibility and/or damp wings on Wednesday kept it from wanting to go so far.

Having made 4 trips up to look for the cuckoo and only seen it twice, as well as hearing about others’ attempts, with most people apparently only getting brief looks, if they see it at all, it occurs to me that we’re pretty fortunate Eric and Cathy found this bird in the first place. There is plenty of the habitat it seems to prefer, with much of it not visible from the road or picnic area – and with the third gate closed, there’s not that many people up there anyway – so it’s not hard to imagine it being up there for an extended period of time without anyone noticing. It makes me wonder how long it was there before the Parker’s found it. It also makes me wonder how many other wild vagrants are moving through (or hanging out for extended periods) undetected. This tantalizing possibility of hitting the vagrant jackpot is part of what makes birding such a compelling activity for some folks, including me. I find it provides me a powerful motivation to get out and look around, and even though most trips don’t result in a Common Cuckoo, I find and experience many other things that I truly appreciate (even if they don’t necessarily compel me to get out the door quite as effectively). 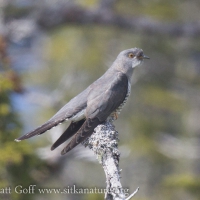 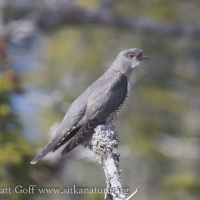 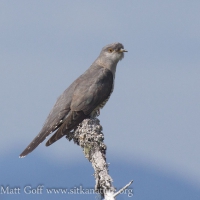 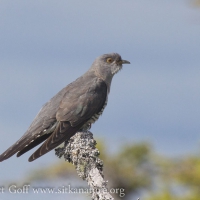 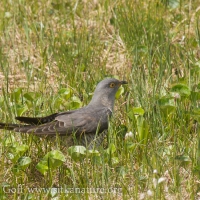 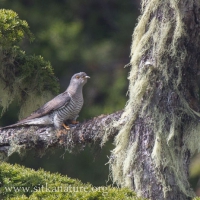 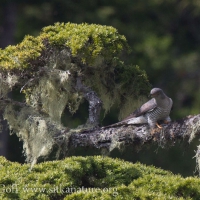 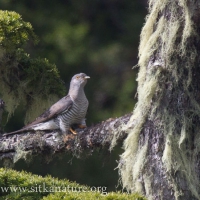 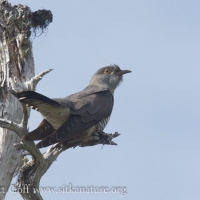 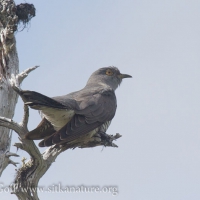 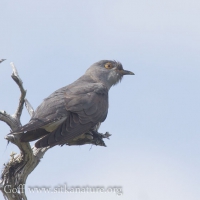