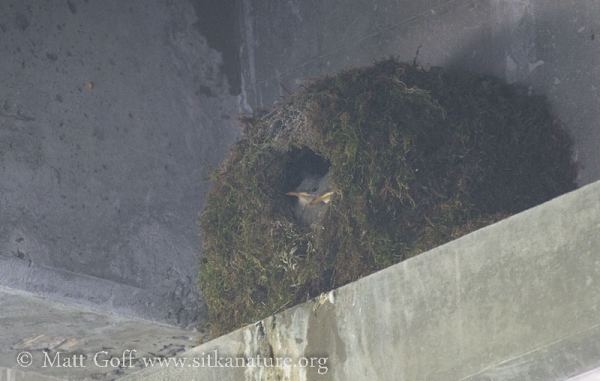 The marine stratus burned off by 9am this morning revealing yet another day of sunny warm weather. As has been typical with this recent pattern, there was a good breeze out of the Northwest that kicked up during the day.

I spent some time at Totem Park this morning. At the beach the tide was out and I didn’t go out far, but did see a Marbled Godwit and Brant (on the water) among lingering migrants.

I heard what I think was a Golden-crowned Kinglet singing, though it was adding some flourishes at the end that I don’t recall hearing before. I was able to record it as well as a slurring Towsend’s Warbler variant.

I was a little surprised to see marsh yellowcress (Rorippa palustris) growing along the upper edge of the beach. It’s the first time I’ve noticed it in the park.

The highlight of the day was watching the American Dipper nest under the ridge. It looks like the four young are about ready to fledge, so I would not be surprised to go down there in a couple of days and find them gone. 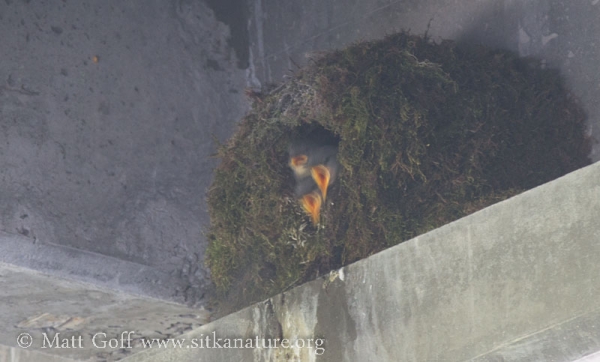