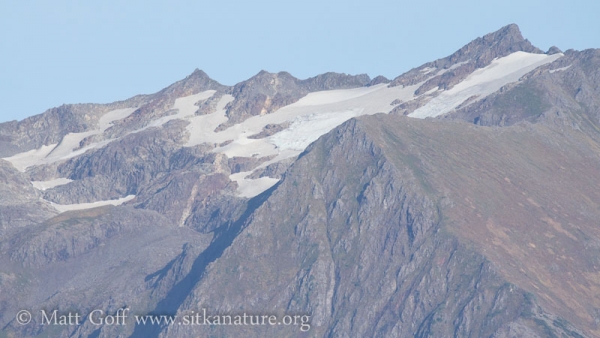 Fall has come in with at least a day of nice weather. Although I didn’t get to spend much time out in the warm sun, I did appreciate that unique feeling of summer warmth and sun lingering into the fall season, despite the obviously shorter days and lower angle of light, even at midday. I know in other places this is the norm, but in Sitka we do not often get much of it as the storms roll off the Gulf of Alaska one after the other.

One aspect of this time of year that I find fascinating is tracking the minimal extent of snow (as well as looking at the exposed ice) on the high peaks of the island that support it year-round. With relatively low snow fall last winter followed by a dry spring and warm summer, it’s a recipe for lots of exposed rock and ice. I don’t know that I will manage to get up Bear Mountain to look at the most easily accessible areas of ice, but it’s tempting to try.

I’m not sure if it was an artifact of the angle of light at this time of year, or maybe just a particular sort of awareness on my part, but this evening when I was coming home after my class at UAS, the greens on Mt. Verstovia seemed especially intense. I first noticed the brighter yellowish-greens that I associate with cedars, they appeared to almost glow in contrast with the darker almost blue/gray-green spruces. As I continued to look, I saw that there were a variety of shades, all seeming more striking than I’ve typically noticed. The overall effect was to give the mountain (especially the broad lower slopes) a vibrancy that I really enjoyed. 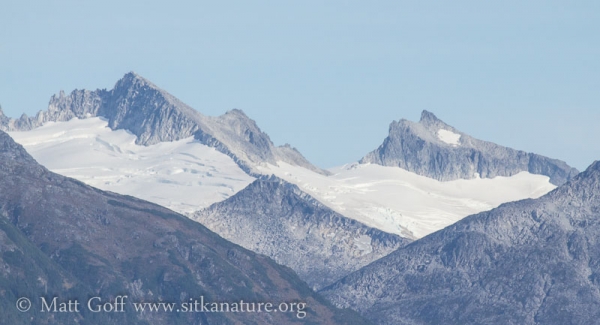 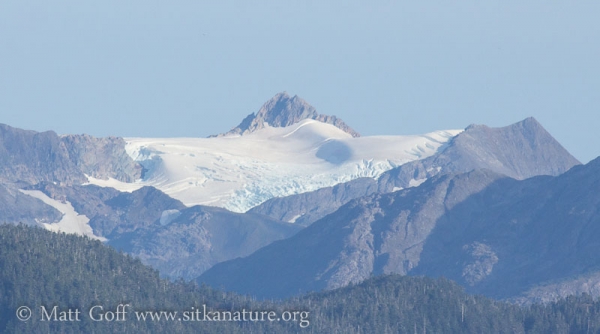