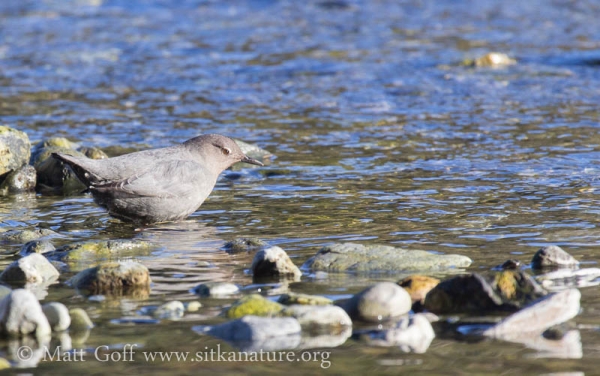 I woke to a sunny morning with calm conditions. A nice spring day. Although it’s still a bit early for shorebirds, with a relatively low tide (coming up by the time I checked), I thought I would take a walk around the park just in case an early shorebird migrant or two was around. I did not find any shorebirds (other than a dozen oystercatchers), but I did see quite a few ducks that I’ve not been seeing, including over 60 Barrow’s Goldeneye (many more than the 20-30 that have been around throughout the winter) and three Northern Pintails.

I did find a few open blueberry (Vaccinium ovalifolium) flowers in the park, and also noticed a dandelion blooming in front of one of the Sheldon Jackson Campus buildings.

On a related note, Connor noticed a bee flying by later in the day (I’ve not had a good look at one yet, however). 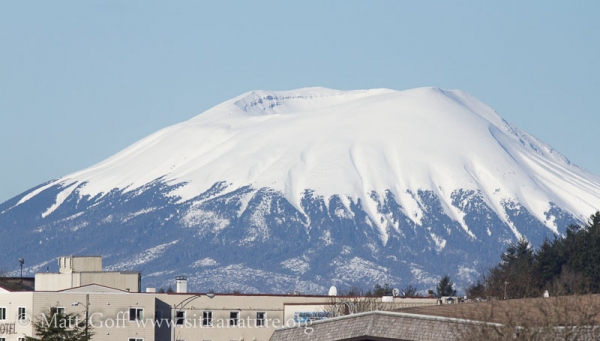 Mt. Edgecumbe seems to have a good blanket of snow, but I imagine it will start showing through pretty quickly when the weather warms up a bit more. 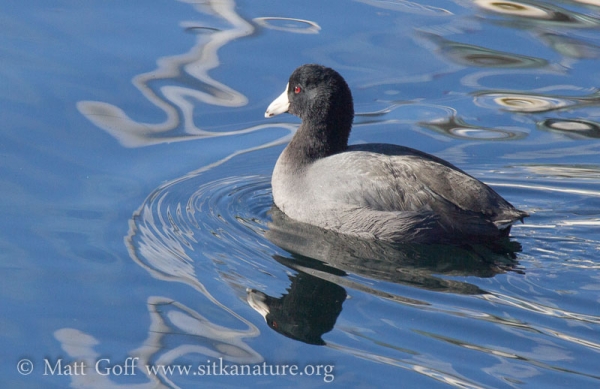 An American Coot continues to hang out in Crescent Harbor – I am not quite sure when it showed up, but I think it’s been there at least a couple of weeks. There are still two at Swan Lake, so I wonder if this one moved over from the Channel, or perhaps came in from somewhere further away.