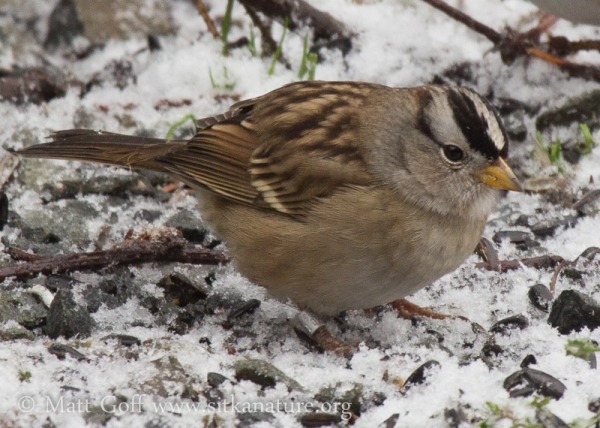 Though I was unable to read the entire band number, this White-crowned Sparrow is almost certainly one banded here last fall, as the numbers I could read were consistent with the one of the bands from last fall’s banding project. Also notable about this bird is that it is of the pugettensis subspecies (identifiable in part due to the buffy breast and flanks) which until recently were not thought to occur in Southeast Alaska, let alone winter here (and perhaps they only started doing so recently). 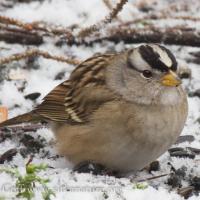 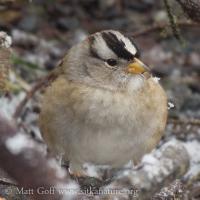 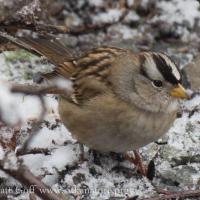 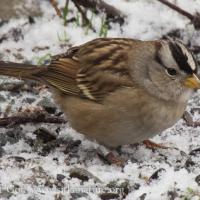 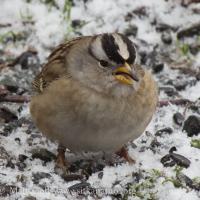