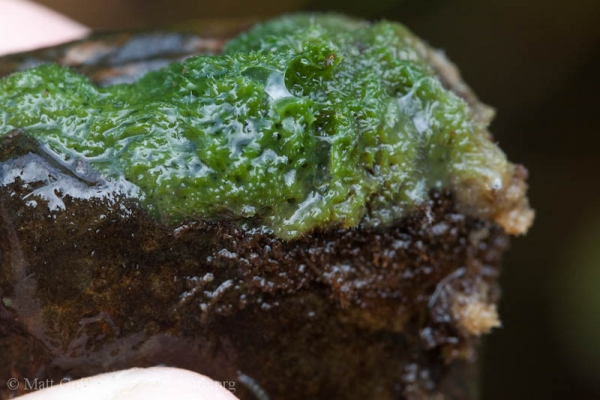 Freshwater sponge – the little pointy hair-like things were quite stiff, my first clue that this wasn’t an algae

While resources for marine algae in Alaska are pretty good, there doesn’t seem to be much available for freshwater algae. While doing some looking today, I was reminded of something the kids and I found last summer on a walk to Indian River – at first I thought it might be an algae, but later realized it was most likely a freshwater sponge, possibly in the genus Spongilla. Given it’s green color, there’s a good chance it had symbiotic algae associated with it, however.

I had never realized there were freshwater sponges until finding these growing on rocks and sticks in a roadside pool that makes up part of the drainage creek of the borrow pond along Indian River Road. In some brief looking on-line, I mostly found general information about sponges, but nothing that helped me narrow down too much what kind I might have found. I did learn they can apparently go into a dormant state to deal with adverse conditions. Like their marine counterparts, freshwater sponges filter water through the pores to capture their diet of microscopic organisms. I’m not sure how they move from one freshwater body to another, but I imagine they hitch rides on birds, mammals, or other highly mobile creatures. I have no idea how common they are in this area – I’ve never noticed them before, but past experience suggests that’s not necessarily a good indication that they are unusual. 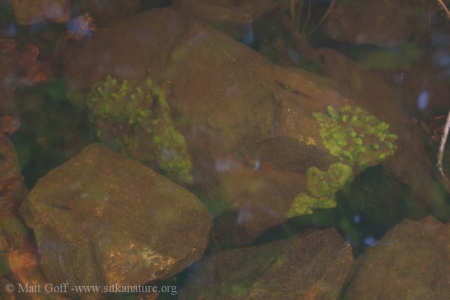