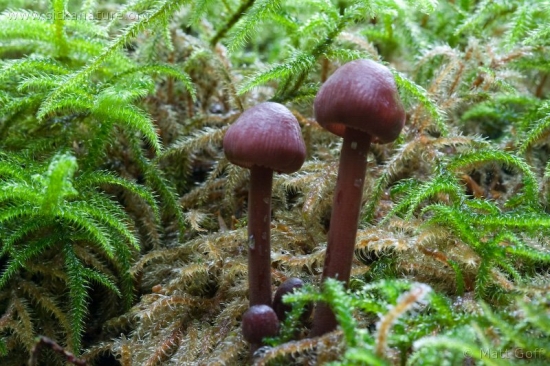 Bleeding Mycena (Mycena haematopus) one of many fungi pages I worked on over the past day or so.

During part of the conversation from the other night, it came up that Andy is something of a mushroomer. At the time I encouraged him to pass on his photos/observations to help contribute to the understanding of fungi occurrence and distribution in Southeast. I thought it might be nice to send him the link to the section of the wiki devoted to fungi, but realized when I looked that it was showing signs of neglect. That prompted me to spend some time getting pages moved over to the newer format (a simple process) and deciding what to do with the legacy collection pages (a somewhat more involved process).

It wasn’t a great day for doing much anyway, as a head cold I’ve been feeling the last couple of days decided to move down to my chest – so the extra coughing and sleep put a bit of a damper on parts of the day, and I didn’t really make it outside (though I did notice some nice color in the sky this morning shortly before sunrise). On the plus side, I did make decent progress towards making the fungi section more usable for folks (including easier to update), and was able to raise my documented mushroom species number to 50 (though several of those are not fully identified) – with probably close to that many still to get through in my photo backlog.

Connor and Rowan watched for a hummingbird to show up at the feeder for a while today (when they weren’t trying to catch the juncos, at least – while I’m on the subject of kids and birds, I’ll make a note for myself that they started making species cards to record their bird observations, will need to get new cards very soon if they keep up with it, but time will tell – it was a reasonably enthusiastic start in any case), but didn’t see any. After the first day (when I saw them visit several times), I’ve only seen them visit once since. I haven’t been paying super close attention, but still, it would seem they’re finding food elsewhere at this point. Perhaps they’re eating flies (I’ve had more than one person mention seeing insects out and about still – which reminds me, Steve Heinl mentioned a published note on the winter diets of Western Screech-Owls in Southeast, turns out they eat a lot of insects, something I would not have expected – I need to look up the note and give it a read) and visiting other feeders that might be up around town. I did get one report of a male down with the Christmas lights in the Pioneer Home gardens. Given hummingbirds’ affinity for bright flowers, I wonder if they feel compelled to check out all of the colorful lights… 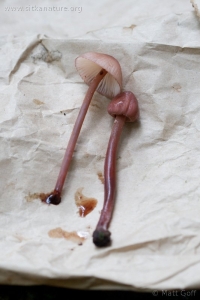 It’s not hard to see how it gets it’s name.