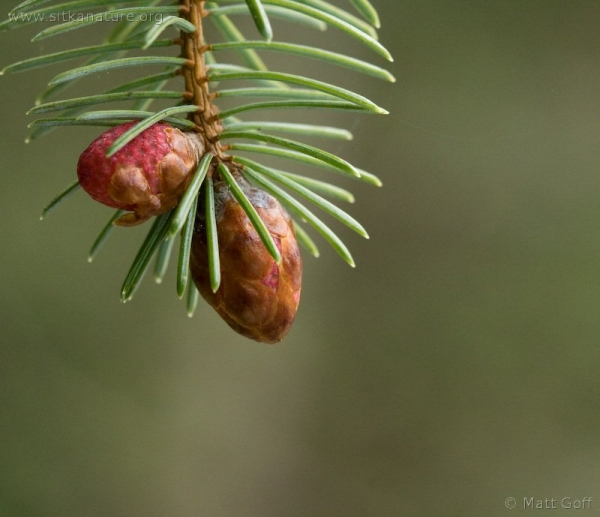 A couple of days ago I noticed pollen cones maturing on a Sitka Spruce (Picea sitchensis). For some reason I had not realized that they started with the brown scales just like spruce tips (the new growth). It also occured to me that they grew in the same locations as you might normally expect to find new growth. This suggests that in years when a tree produces pollen cones on a given branch, that branch will not have any new growth. I suppose it’s possible that new growth develops after the pollen cones have dropped, so I will probably try to check on that throughout the summer.

Questions that occur to me include the following: 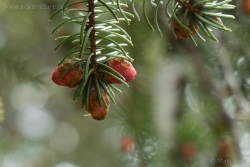 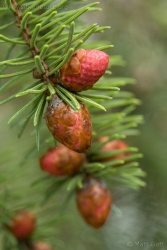