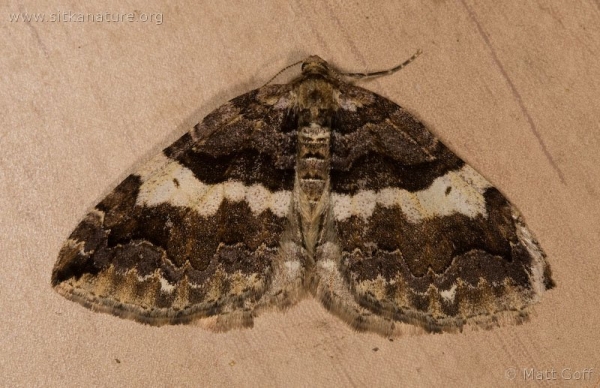 A few nights ago after a relatively warm day, I noticed a moth on the window, the first one I had seen this year. I managed to capture it in a jar and got some photos of it. With help from bugguide.net, I got a likely identification of Variable Carpet Moth (Anticlea vasiliata). This species is typcially in flight from spring to early summer. I was interested to note that it did not seem as slowed by refrigeration as other moths I’ve capture. I suppose that’s probably helpful for an early season moth that might face chilly nights.