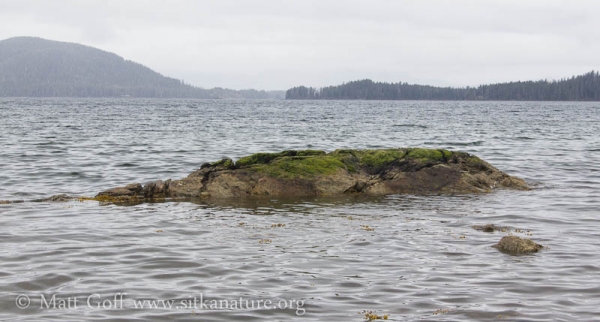 This morning I did a little birding and made a return trip to Starrigavan to look at the rock again. Upon a second look, I thought I could almost discern some grooves that could be from glacial wear (see photo above and maybe use your imagination), but I definitely concluded that the rock out on the bay side is weathering differently (and much faster) than the rock closer to town. I don’t know, but wouldn’t be surprised if its’s graywacke, but for some reason it tends to crumble fairly readily. Perhaps the constituent materials were more like sandy, and the stuff elsewhere (especially in the central town area) that seems less prone to falling apart was made of silt. Unfortunately, the tide was up, so I couldn’t get an azimuth for the possibly hallucinated grooves.

New (for me this year) birds today included Short-billed Dowitchers and Western Sandpipers, though it’s still pretty slow on the shorebird front overall.

A Rufous Hummingbird checked out a piece of yarn hanging from a post on the deck – left over from some kid project – and appeared to try for some nectar. It quickly went to the feeders hanging nearby.

Weather was overcast with some showers, though there was a little bit of partial clearing this evening. 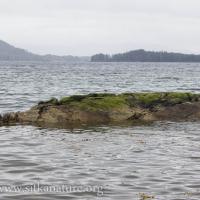 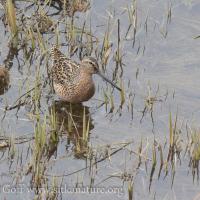 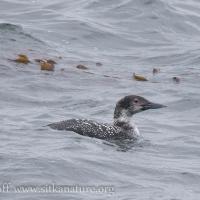 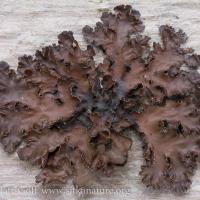 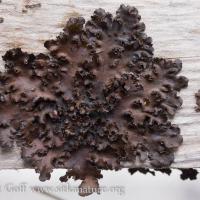