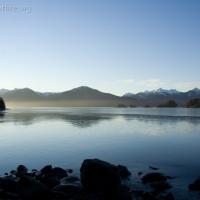 The water just off of the Totem Park Visitor Center was free of ice, though the line of ice can be seen not far off shore. 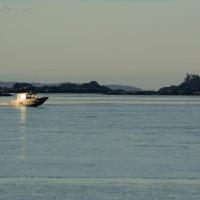 An aluminum skiff breaks through the layer of ice on the bay. 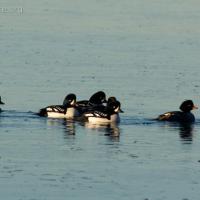 Barrow's Goldeneyes navigate through the broken ice near the shore at Totem Park on 11 February 2007. 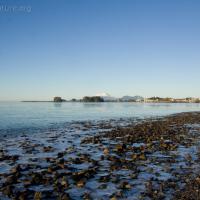 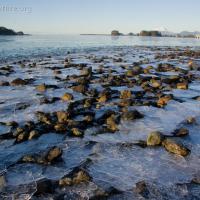 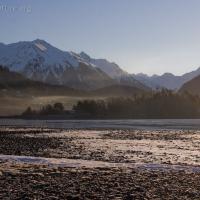 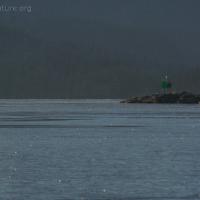 The ice seemed to extend out beyond the islands called The Twins. 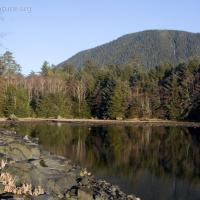 Despite the frozen bay, Indian River Estuary was free of ice. 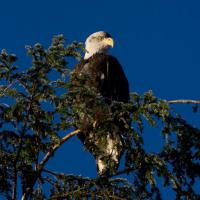 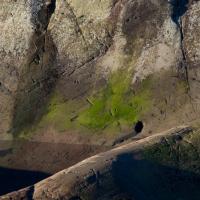 One of the first greens of the year is new seaweed on the upper intertidal rocks. Observed 11 February 2007. 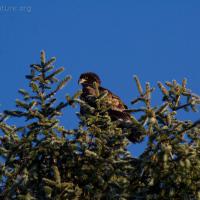