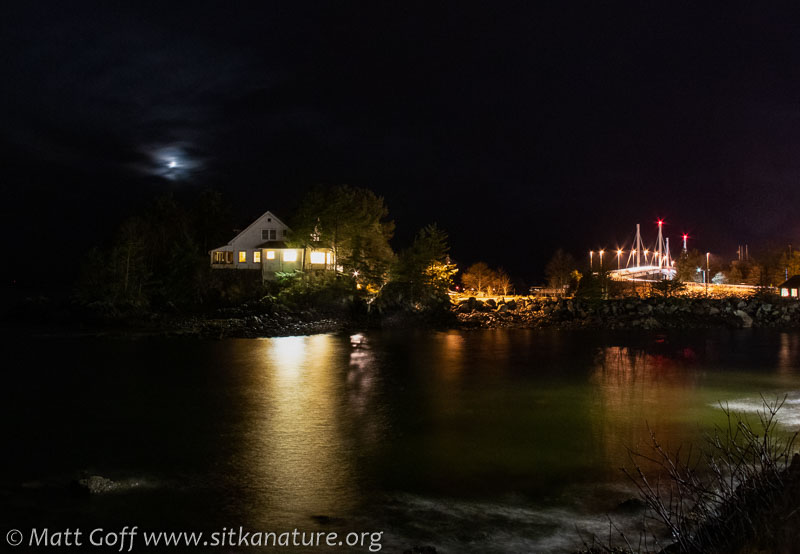 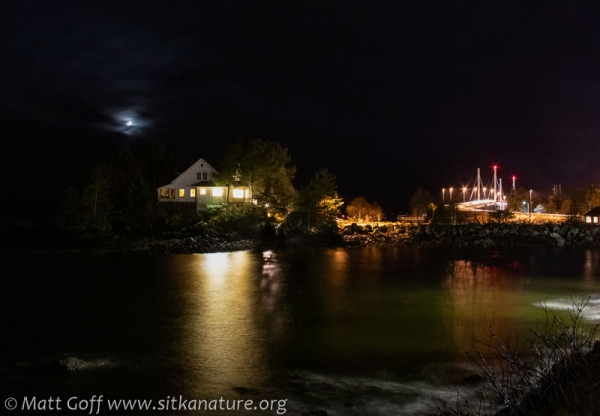 This evening I walked downtown with Rowan – she wanted to go to the library, and I wanted to see if skies would be clear enough to see Comet 46P/Wirtanen.

I could see the Pleiades, which was not far from the place in the sky where the comet was supposed to be. I took some longer exposures and in them, I could see there was a thin layer of clouds reflecting back some of the city light, reducing contrast in the starry sky beyond. The moon was also dropping towards the horizon in the southwest, so that probably did not help either.

Rowan was patient with me, as I tried to find the comet, but in the end the best I could get was a faint blur that I think may have been the comet (it was in the right area, at least).

After giving up on the comet, I experimented a little bit with night photography at the cove between the library and Centennial Building before heading home. 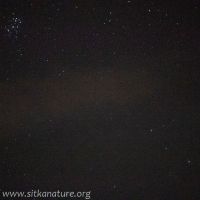 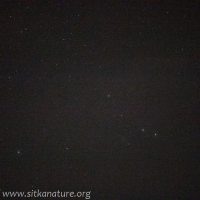 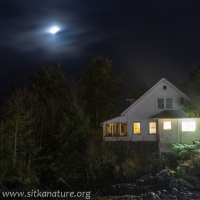 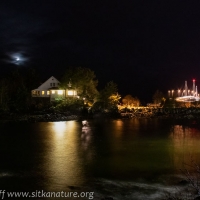