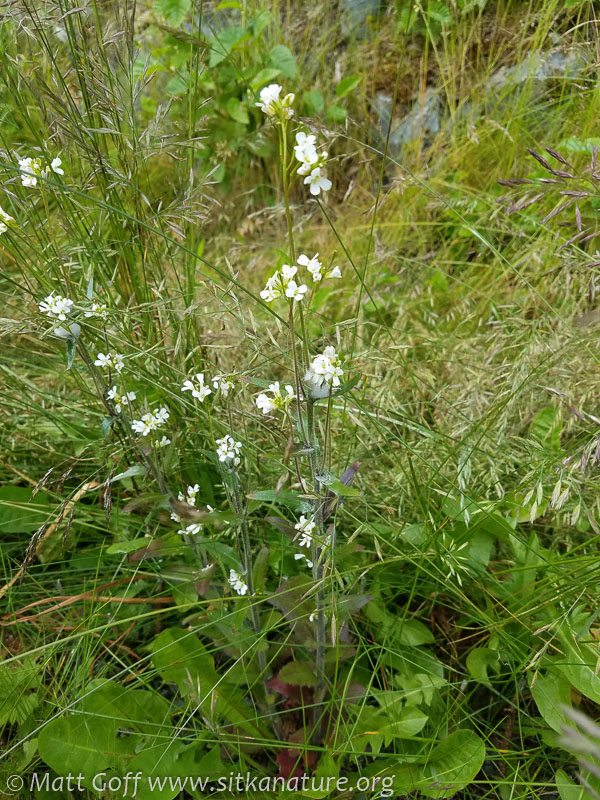 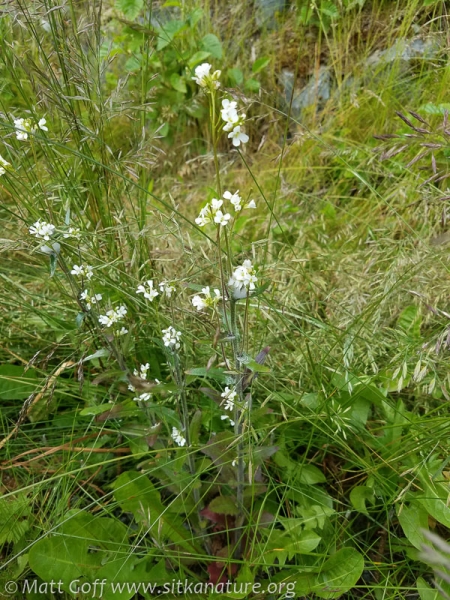 I had been noticing a big patch of what appeared to be plants formerly known as Arabis hirsuta (now better known either by Arabis pycnocarpa or Arabis eschscholtziana though I have not been sure out which one) out along Sawmill Creek Road just past Whale Park.

Today seemed like a good time to check on those and see if, with Kitty’s help, I could learn the difference and figure out which ones we have here. 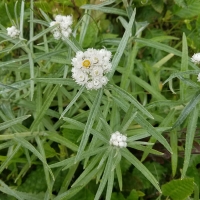 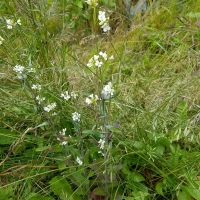 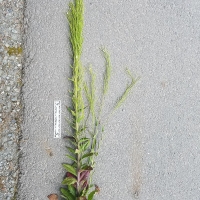