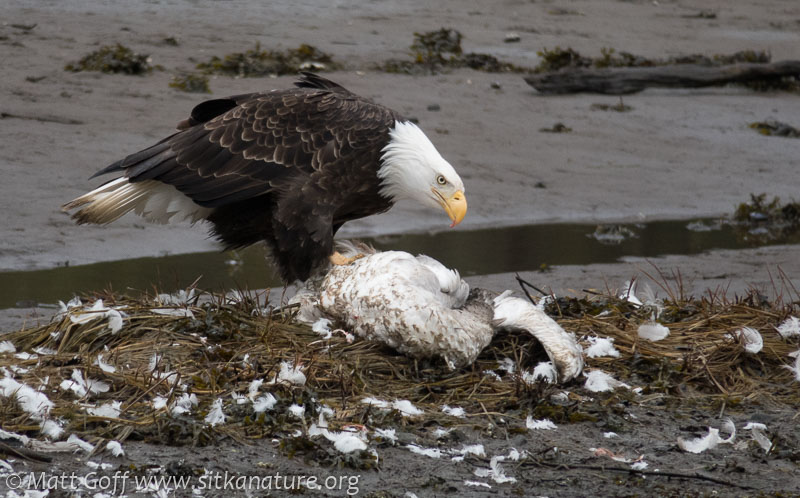 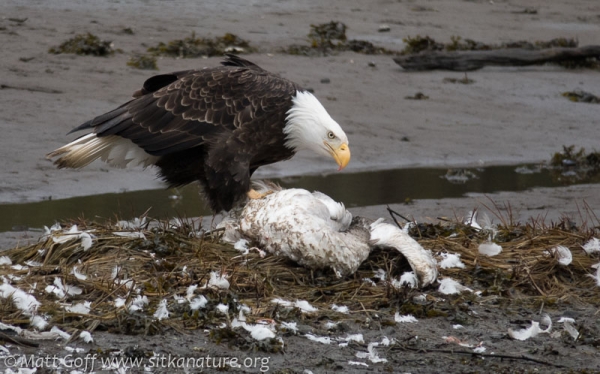 It kind of snuck up on me, but January and February (so far) have been quite dry. After the first week of the year, there have been only two days (in January) that had more than 0.1 inches of rain.

I suspect part of the reason I only started thinking about how dry it had been over the past few days was the lack of completely dry days. Only one day in January showed 0.00 inches (most showed at least a trace). Three of the four days before yesterday measured 0.00 inches. Despite small amounts, my mind was still registering precipitation as occurring until this last stretch.

Overall, January’s total precipitation was under five inches (average over 8). Until yesteday, February had only a trace of precipitation through nearly two weeks, but now is getting close to two inches.

The mountains showed the lack of precipitation – earlier in the season when we had rain, it was quite warm, so precipitation fell as rain even at higher elevations. Though temperatures have been cooler since, there has been no precipitation since.

It was nice to get up this morning and see a blanket of white covering the mountains down to around 1000 feet or lower.

Most of the rain occurred overnight, and by midday, the clouds had started to break up and we saw some sun.

I’ve not been getting out much lately. Work has kept me occupied, but I’ve also been spending a fair amount of time systematically going through old photos and posting them to iNaturalist (when warranted).

The oldest observations I added were a few from film in summer 1998. In 1999 I got my first digital camera, and didn’t look back. I’m getting close to finished with 2008, so still have many photos to go from the past decade. It’s been enjoyable to be reminded of past adventures, and to see how my total (documented) species count increased each year.

Yesterday I picked plants I was adopting from Marge Ward (who is moving to the Pioneer Home). I decided to drive out the road and was interested to see an eagle working on eating what appeared to be a juvenile swan in the estuary.

Early in the winter there were as many as 29 swans reported out there, but unlike other years, it seems they aren’t all spending the winter. There has been a group of up to 8 swans at Totem Park in recent weeks, and I wonder if they had previously been out at Starrigavan.

I’ve been looking for the Dusky Thrush (though not with any real effort) from time to time over the past couple of weeks, but hadn’t seen it. I did hear from Simon H. that he found it in front of the Centennial Building with a couple of starlings, so good to know that it’s still around. 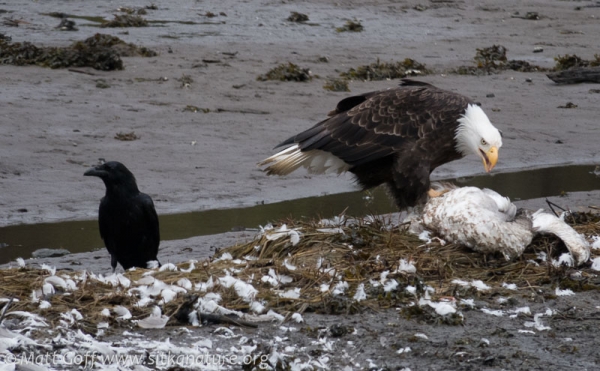