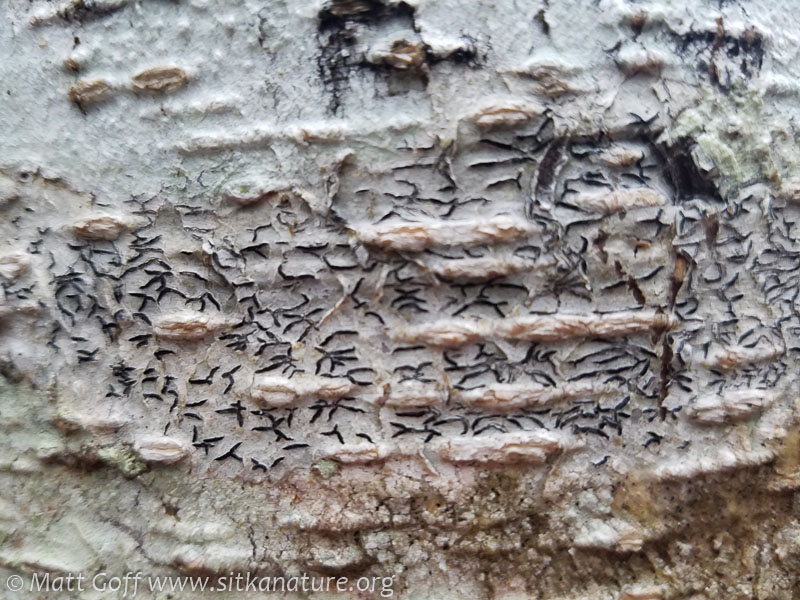 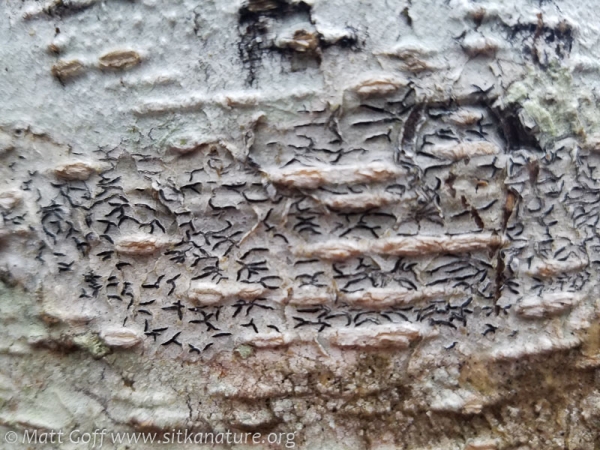 The day started gray overcast with the promise of winds and rain.

Wanting to get some obersvations in before the day fell apart, my big year collaborator and I took a drive out to Starrigavan to walk the Estuary Life trail.

The tide was out, and the swans were scattered on both the estuary side and the bay side of the road, but most were along the river in the lower part of the estuary.

I chose a couple of the more distinctive lichens, one that is pretty easy to genus (Peltigera), but sometimes tricky after that. The other seems to be distinctive.

Graphis scripta looks like little pen marks on white bark, though the white is actually part of the lichen (the bark is gray). Despite it’s distinctive appearance, it is easy to overlook, and I was a little surprised how common it seemed to be.

While looking at the alder trunks, Kitty and I discussed maybe take a day or two to just try and exhaustively catalog the epiphytes on alders along the trail. No doubt the biggest challenge would be putting names to everything.

Another interesting find was a small orange jelly fungus. It looked a bit different than others I’ve paid attention to, so hopefully we can get a name for it.

A cooperative Great Blue Heron standing in last years grasses at the upper part of the estuary meadow was too nice to pass up, so I took a picture of it. Despite the rain starting to fall as we finished the loop, I also felt compelled to get photos of a flock of Surf Scoters not far off the river mouth.

By early afternoon the rain had started to fall, and the winds began to pick up. Later this evening it was quite windy, gusts were whipping through the trees, and rain pounded on the windows. This has been a fairly regular occurrence over the late fall and winter. My memory may be off, but it seems like the past couple of winters had far less of this degree of stormy weather (but I think they were the unusual years over all in that respect). 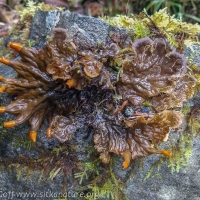 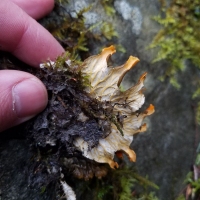 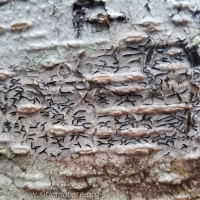 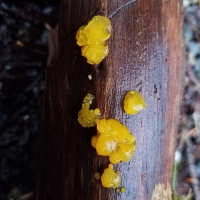 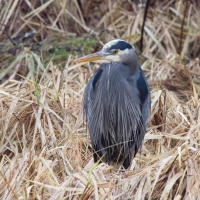 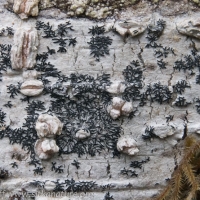 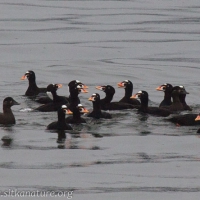