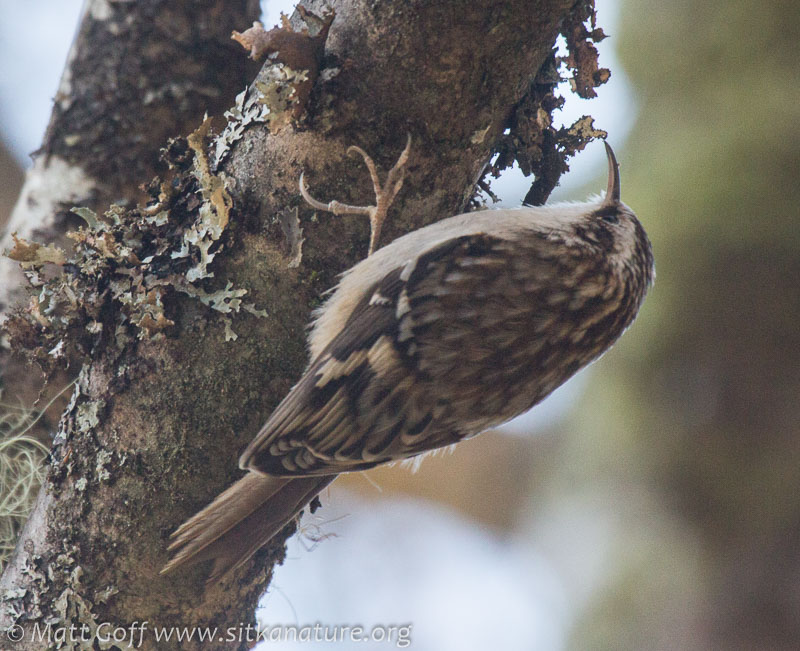 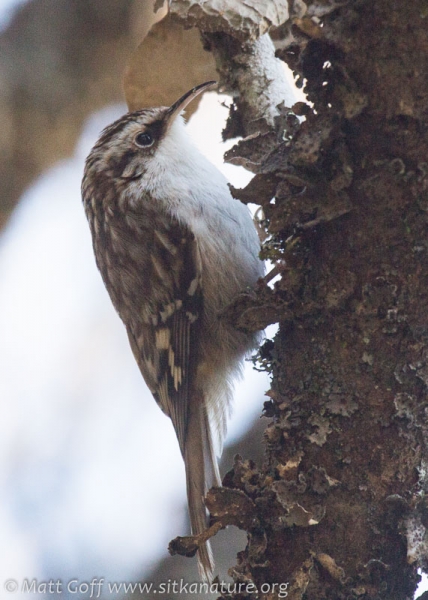 After getting the report of a Virginia Rail at Swan Lake, I decided to take Connor and Rowan down there to look around.

We had the lake mostly to ourselvesas we walked to the upper end to check out the marshy area where the bird had been released (apparently unharmed) after being captured by a cat.

Not sure where exactly to look, Connor climbed a tree in the upper marsh to watch, while I checcked out the marshy area below the bluff at the end of the Path of Hope. Having no luck there, I then made my way around the perimeter of the upper marsh.

Despite the lake ice being several inches thick, there were places in the sedge marsh that still had no ice, or very thin ice. It was somewhat treacherous walking, and all three of us got our feet wet at one point or another. Fortunately it was not deep, just muddy and wet.

Although we had no luck finding the rail (which did not surprise me), it was interesting to explore the area up there. I found a couple of places along the margins that I may visit in the future just to sit and watch.

On our way home, we detoured up to the Baranof Street Cemetary to see if anything was utilizing the mountain ash trees there. We did find a relatively cooperative creeper that worked the trunk and branches of a mountain ash before moving to the nearby spruces.

Although the skies were clear, I skipped the sunset today, though later wished I hadn’t. Several folks posted pictures of very interesting looking lenticular clouds that were in the sky around sunset. Some of them persisted into the evening. I did take one mediocre picture from my deck, but they had all disappeared by not too long after that. 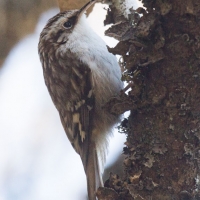 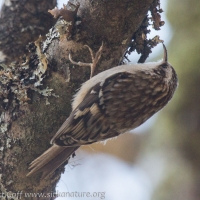 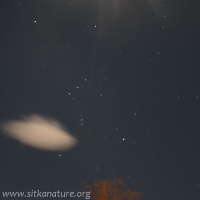