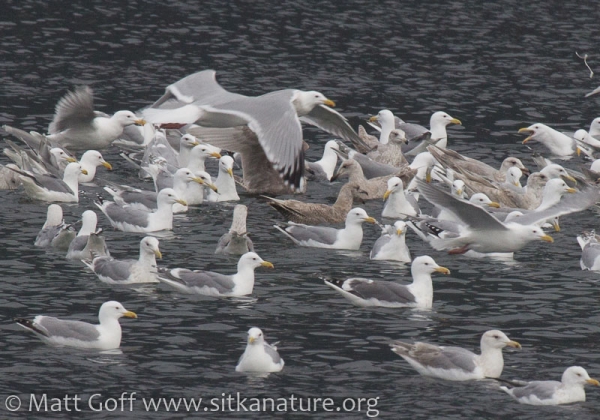 While scanning the channel after class this morning, I noticed a dark-mantled gull in the mix. It stayed out in the middle, so I didn’t get much of a photo. Assuming it was the same bird I had watched and photographed yesterday, I did not spend too much time with it. However, upon closer inspection of the photo, I believe this is a different bird. The most obvious difference is the little bit of dark this one has on its bill above the red gonys spot. If I am correct, this would make three different individual dark-mantled gulls, all of which seem better for Slaty-backed Gull than anything else, although none of them seem quite as dark as might be expected for a Slaty-backed Gull.

Temperatures felt cooler today, and I noticed some fresh snow down to around 2500 or so.