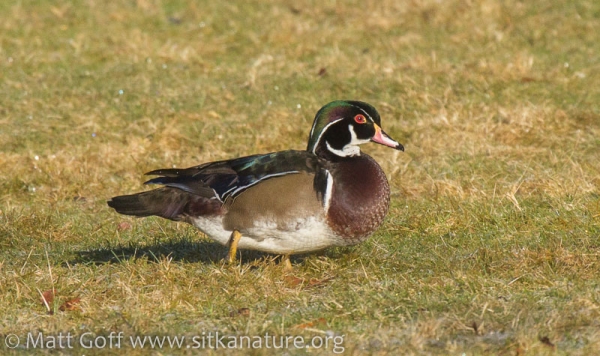 It seemed like no sooner had I posted about hoping against sunny weather, I woke up the following day to see a forecast with clearing skies. Originally it was just for a day, but the weather cleared up over town a bit earlier than forecast, so we had the better part of four days of sunny weather. Fortunately, this was not a strong outflow event, North/East winds stayed down, and while temperatures dropped to the upper 20s overnight, they spent most of the day well above freezing. Time will tell whether plants became significantly damaged. Today clouds started rolling in, the wind kicked up, and rain is in the forecast for tonight.

I did not have a lot of time to spend outside during the sunny spell. Between teaching and other work calls and meetings, I was pretty busy this week. It was no doubt due to lack of outside time that I failed to see bumblebees this week, though at least a couple of people mentioned on Facebook there were some out and about.

I did take some time on Wednesday to stop and look for the Wood Duck. Connor had discovered that it joins Mallards feeding on a lawn adjacent to Swan Lake. It’s now been around for close to two weeks.

In other bird news, Connor mentioned the other day that he had seen the female Anna’s Hummingbird visiting under the stairs last week. I noticed her fly out from under there once when I walked out this week. I had forgotten how early she started doing this last year, but was interested to be reminded by a blog post from last year, that she started around this time. Later in the year I got a video of the behavior (though I had already forgotten how long it had been since we first noticed it). 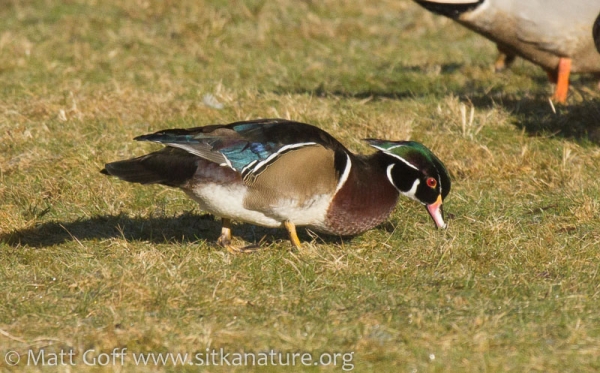