Rowan and I went for a walk along Indian River this morning. She was motivated to look around by a third-hand report I got a few days ago of someone seeing newts in the little streams by the second bridge. As far as I recall there are not any little streams especially close to what I all the second bridge, and I figured if they were up that far, it’s likely they’re lower than that as well. We started up the trail and went as far as the big pine muskeg stream before Rowan decided it was time to wander off the trail and look around.

We found an old campsite (I think it was near one of the places my brother stayed some years back) with plastic that had been abandoned for some time (my guess is at least a couple of years). I suggested Rowan lift it up as it seemed a plausible place for newts to hide. A couple of ground beetles scurried for cover, and Rowan noticed a couple of egg-like objects as well (they’ll get their own post later). I also saw an earthworm – something I have noticed before in the forest, but not often. I’m not sure whether they just aren’t common, or maybe they don’t often come to the surface. What we did not see was any evidence that we recognized of newts.

Rowan continued to look around under rotting wood in this area while I stepped out to the river channel. I was interested to see that a significant active channel had been carved through the area that in the past (15+ years ago now) I had heard referred to as ‘the nets’. Extensive netting had been hung between trees and I believe people camped, or at least hung out (and maybe partied) there at times. I didn’t feel like wading the river, so I don’t know if there was any netting still left (there had been last I looked, but it’s been at least a couple of years). When I came back into the forest, Rowan was ready to move on.

We went back to the trail and only went up a short distance until Rowan decided it was time to look around again. We followed an unofficial trail (actually the one that had led to the nets – though it doesn’t look nearly as well used these days) and Rowan again started looking under dead wood to see if any newts might turn up. As we worked our way up river, I noticed a large old alder tree that was loaded with epiphytes. Among them was Pleuroziopsis ruthenica, one of two common ‘tree’ mosses around Sitka. As far as I can recall, this is the first time I had found it growing on a tree, as normally it’s on the ground.

We continued upstream a little further before rejoining the trail just up from the muskeg bench. I wanted to check out the pool further up where in the past I’ve seen silver salmon hanging out, so we walked on to there and found a substantial number. I did not count how many, but it was more than I had seen in several years.

Along the way to that point, Rowan had been commenting about wanting to find at least two interesting things to photograph, and so far she had only found one (the mystery eggs under the tarp). I was curious what constituted interesting, and she listed off several unlikely things, but also mentioned a birds. As it turned out, a Belted Kingfisher was perched in a branch near the salmon pool, and that qualified as ‘interesting’, so Rowan stopped to try and get pictures while I continued up a short distance further to check out the cascade just above the water gauge/rope swing pool.

When I rejoined with Rowan she said the kingfisher had not stayed long, but she had been able to get a picture. On our way back, as we approached the big pine muskeg stream, I noticed several Varied Thrushes fly up in front of Rowan (who was leading the way). I got her to stop and while she tried to get pictures of a couple of Pacific Wrens, I watched to see how many Varied Thrushes there were. I’ve noticed before that these thrushes don’t tend to keep in a tight flock, but do seem to like to travel together in looser groups. I’m not entirely sure, but I think there were probably over 10 (possibly quite a few more, I suppose). 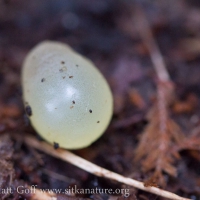 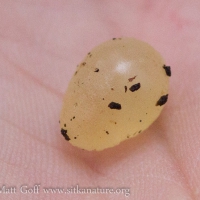 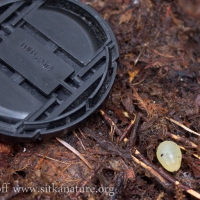 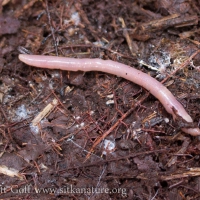 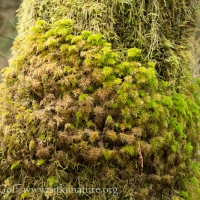 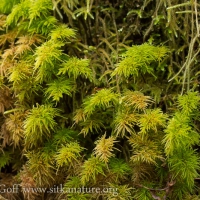 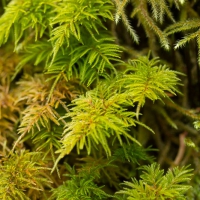 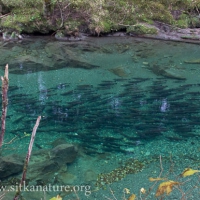 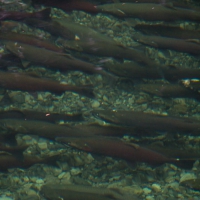 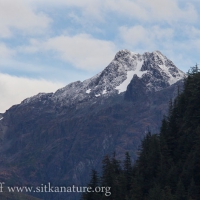 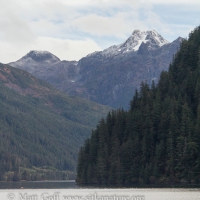